“When life gives you a lemon, make lemonade” is Stephen Hawking’s life policy. He is a theoretical physicist, cosmologist, author, and director of the research center for theoretical cosmology. He is none other than the living legend Stephen Hawking. Let’s have a look at the life of Stephen Hawking and some of his most inspirational quotes.

Born on 8th Jan 1942 in Oxford, Stephen’s family was considered quite intelligent, yet they suffered significant financial difficulties. Though Hawking was not academically successful initially, it was later when he developed an aptitude for studies of Science.

Being younger to most of his batchmates in college, he kept to himself. It was only from the second year; Hawking made an effort to mix up. He had always found his studies ridiculously easy.

While at Cambridge, he majored in cosmology. On realizing how his mind works, his colleagues and teachers knew that he is special than most of them. He won many awards and accolades during his academic journey.

He is not only known for his work in the field of research in cosmology, but he is also a life guru, an inspiration for everyone. Read on to know how he has inspired millions to overcome adversity and come out triumphant. 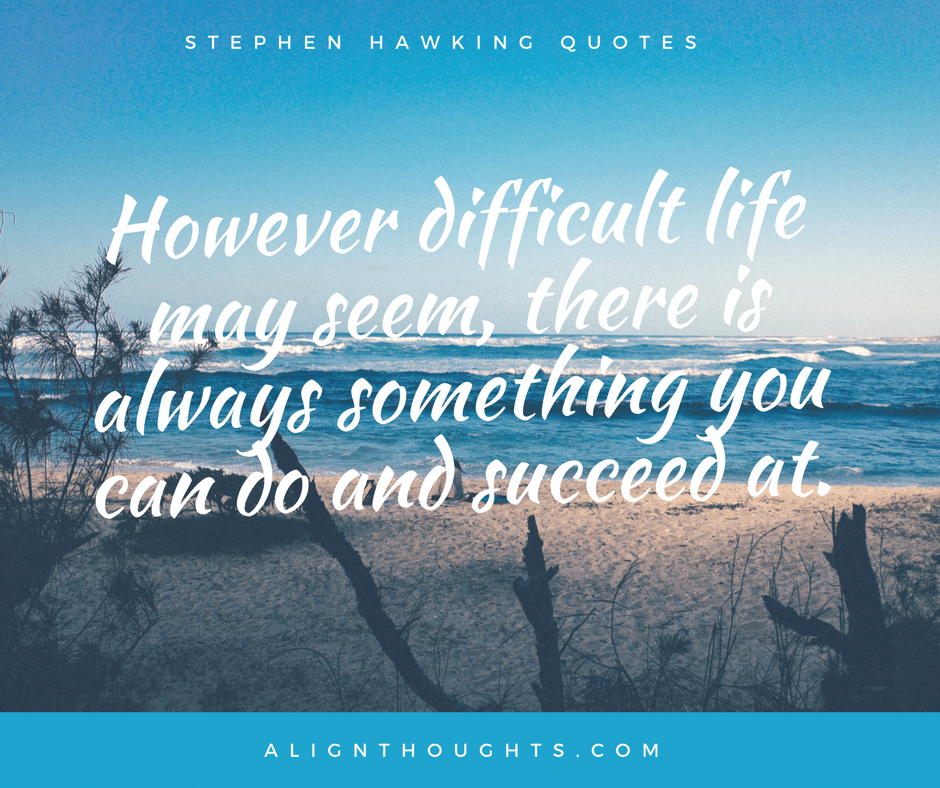 Enjoy reading some of his famous and inspirational life quotes below:

1. “So next time someone complains that you have made a mistake, tell him that may be a good thing. Because without imperfection, neither you nor I would exist”

He believed that we should never run away from our obstacles, rather learn from them. Additionally, he conquered his adversities.

Hawking is indeed one of the greatest scientists of our time.

His groundbreaking discoveries about black holes, gravitational singularity theories, cosmology have astounded many other scientists.

Read also: What qualities to seek in a mentor?

Who would believe he was an average student in his formative years?

While at Oxford, he wanted to major in Mathematics, but since it was not possible, he majored in Physics. He achieved all this while fighting the deadly disease of ALS (Amyotrophic Lateral Sclerosis).

Since the age of 21, Stephen is in a wheelchair.

He has been paralyzed over many decades but communicates via single cheek muscle, which is attached to speed generating device.

2. “The past like the future is indefinite and exists only as a spectrum of possibilities.”

This is one of the interesting life quotes by Stephen Hawking. He believed that life is in the present. What is gone is our past, and since we can’t predict the future, so there is no need to plan for it.

We can do great things; we have the power to do so. But it needs to be done ‘NOW.’ Why waste energy for the time, which is not even in our hands.

Read also: Why life is not about finding yourself; it’s about creating yourself?

3. “I am just a child who has never grown up, I still keep asking these ‘How’ and ‘Why’ question. Occasionally I find an answer.”

This quote is one of the most inspirational life quotes by Stephen Hawking. One should remain curious and courageous like a kid. Children do not have fear or any prejudice, and that is how they learn. Never cease to ask questions.

Curiosity is a great tool not only to understand but to sharpen your brain.

When you ask questions, you are susceptible. Not everything is impossible. Ask the question, and sometimes you will receive the answer.

Stephen believes that no sort of mathematical solution, but only empathy can solve the big mystery – Mankind.

We struggle with human behavior every day. Empathy is a feeling or understanding and sharing others’ experiences and emotions. This life quote by Stephen Hawking states just that.

Being empathetic will help you understand the other person. Thus you can relate to them and feel what they are feeling. When that link is established, you will not do things to harm each other. With compassion, we can resolve the problems of the world.

One who has true knowledge and one who doesn’t; can be distinguished. One appears to be knowledgeable, and the other is. Being ignorant still has the scope to learn more, but the person who is pretentious causes more harm than any good.

He has a very colorful mind, which is not afraid of the future. Not only has he accepted his life as it is, but he also conquered a lot.

He copes up every day with his illness. His work is commendable in the field of Science and outside too. He inspires us to be happy and curious.

Stephan Hawking’s life quotes that give me strength are:

There is room for improvement in your life in some or the other way. Do not give up, and start your day with positivity. Be inspired and have a graceful experience in this journey of life. Let not your obstacle govern you. Instead, your curiosity is your guiding light.

Let us know your favorite inspiring quotes in the comments section below. We’d love to hear from you!

Previous article
Most Influential & Heroic Women of Times’ 100 Who Are Breaking Stereotypes
Next article
Wake Up Determined, Go To Bed Satisfied Everyday 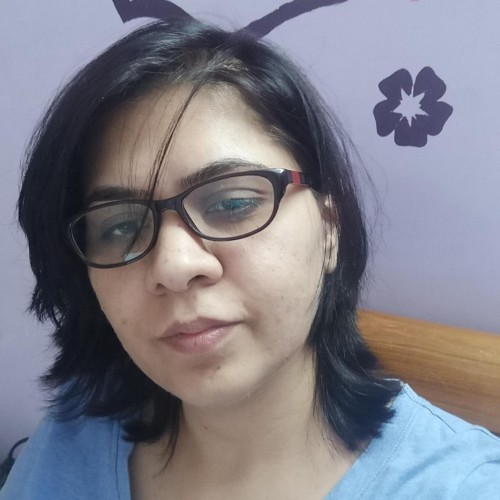 Are you running out of ideas to prepare lunch box recipes for kids? You've landed in the...
Read
Physical Health

Whether you are a health freak, a little plump, or just diet conscious; you must have heard...
Read
Relationship

To be a woman in a happy relationship can itself be a big deal. But you can...
Read
Self Development

Like every other night before going to bed, you decide to wake up early in the morning,...
Read

Centuries ago, women fought for liberty, rights, and justice for their lives. Even to date, there are many women in...
Self Motivation

You Don’t Have to Know Everything Before You Start Something

Have you heard about the need-to-know-everything personality disorder? Scientists call it OCPD - Obsessive-Compulsive Personality Disorder. Perhaps that's the most...