Fans of golden age animation were treated to delightful news last year when it was announced that the immensely popular Disney animated show from the early 90s ‘Duck Tales’ is being rebooted. The series that revolves around the affluent duck Scrooge McDuck and his three nephews Huey, Dewey, and Louie will now give an opportunity for fans of the show to get to relive its magic while also bringing in new viewers.

Duck Tales, in fact, is not the only cartoon show that has got a reboot.

The likes of Tom and Jerry, Looney Tunes, Batman, Scooby-doo, Spiderman, and some others have also been rendered for the new-age audiences over the past few years.

This makes one wonder how it would be like if some of the other great animated shows from that era would be rebooted as well. After all, the 90s are overwhelmingly considered as the Golden Age of animation with a slew of shows on a variety of themes that caught the fancy of countless children across the globe.

Here, are 6 epic cartoon shows from the 90s that deserve a comeback.

1) The Jungle Book – The Adventures of Mowgli

Perhaps one of the most loved cartoon shows in India in the early 90s, this Jungle Book rendition was something of a staple diet for hordes of children come Sunday mornings. Initially produced in Japanese by Nippon Animation in 1989, the animated show was aired in India (Hindi) by Doordarshan and was a colossal hit.

The adventures of Mowgli, along with his friends Bagheera, Baloo and the wolf pack in the jungles was indeed captivating to watch. What also worked was the lucid and gorgeous animation and the terrific voice acting. How can one ever forget Nana Patekar as Shere Khan – Mowgli’s nemesis?

In fact, he became the show’s X-factor. And then there was the Hindi version of the title song “Jungle Jungle Baat Chali Hai” – composed by Gulzar and having music by Vishal Bharadwaj – which became the anthem of an entire generation of children. The innocence and charm of this show is something that needs to be experienced by today’s children. 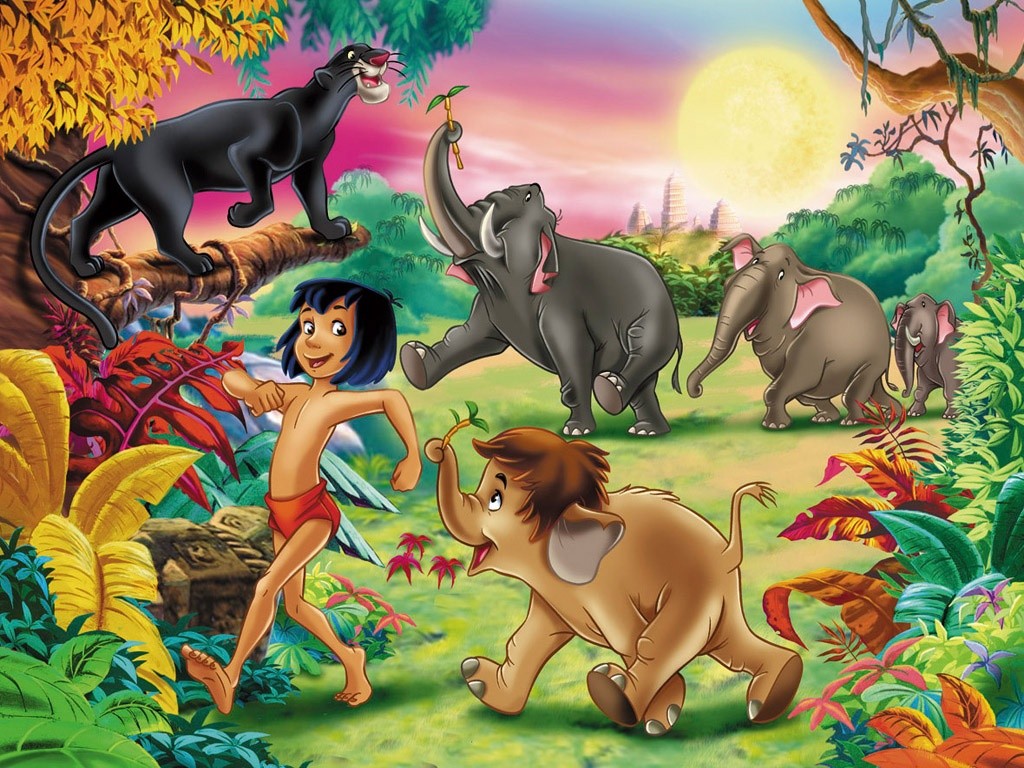 This was a unique show in the sense that some of the most prominent characters from ‘The Jungle Book’ were cast here in a 1930’s pacific setting. Starring Baloo the Bear as a pilot along with his little friend, Kit Cloudkicker, Tale Spin was a non-stop dose of adventure, thrill, and a lot of fun.

With colorful characters like Shere Khan as a shrewd business mogul, Don Karnage as evil but the goofy pilot and Rebecca Cunninghams as Baloo’s uptight boss, the series was a fun-filled ride that can be re-watched and re-experienced even today.

This classic Hanna-Barbera cartoon involving the misadventures of two families in the Stone Age setting was an instant hit. Its simplicity was its forte and why it found so much appreciation was the way it depicted two Stone Age families availing modern conveniences in their lives to hilarious effect.

Perhaps, the most notable among these was their ‘foot-powered’ cars. Even if for nothing else, the show demanded to be watched just for its catchy opening theme. They just don’t make it like that anymore!

Based on the successful film of the same name starring comic legend Jim Carrey, The Mask animated show continued the adventures of the geeky Stanley Ipkiss and his magic mask.

The highlight of the show obviously would be the moment when Stanley would put on his reality-defying mask and turn into his inner-self – this green-colored manic superhero who takes on myriad obstacles.

It was hilariously done and the Mask’s punchlines were real rib-ticklers. The story-lines were witty, the animation quality was smooth and the voice acting was superb – all the ingredients for a perfect fun-packed animation show.

Action-adventure cartoons simply didn’t get better than this! Swat Kats, despite its 23-episode run, managed to leave a significant impact. The show’s premise was very interesting.  Two vigilante pilots having a mega cool fighter jet with them, fight crime during the night in the fictional metropolis of Megakat City while working as mechanics by day.

What kept the show going were the distinct character traits of the two protagonists – Razor and T-Bone; one is a mechanical genius and the other is a daredevil pilot. The antagonists they faced would always be fascinating and their constant banter with Commander Ulysses Feral was another part of the show that made it a whole lot of fun.

Swat Kats was ahead of its times, had several adrenaline-pumping moments, and always left us thirsting for more.

A unique horror-comedy, Courage the Cowardly Dog was an absolute gem with its quirky, surreal, and bizarre plots along with ample doses of laugh-out-loud humor. Centered on Courage, a cowardly little dog who lives with his farmer-owners in a small cottage in the middle of nowhere, the series follows his regular interactions with the paranormal elements and how he must overcome his overwhelming fears to save the day.

Despite the stories getting quite outlandish, ‘Courage’ worked because of the dark and creepy tones mixed with the right doses of humor, sensibility, and love. The show packed a lot of punch in all of its 11-minute episodes and hence has immense repeat value.

While one does not wish to undermine the currently trending cartoon shows, there is a general feeling that the soul is missing from them. Why the animated TV shows from the ’90s are so dearly missed is because they had an inherent simplicity and charm about them.

Hopefully, just like Duck Tales, we shall get to relive the magic of the other favorite cartoon shows from the golden age very soon.

Imagine being judged by a stranger just by knowing your name or occupation in a single meet. Well, in short, that's what a blind...
Self Development

Negotiation is a two-way street; it is a conversation between two or more parties to resolve disagreements or issues in a way that is...