The passion for following sports is the most common binding factor across the globe. The most popular games of the world like soccer, basketball, cricket, hockey, gymnastics, among a horde of others, have zealous fans that relish experiencing every moment of their favorite sports day in and day out. However, there are quite a few sports out there that, despite being entertaining, do not have the following they should have. These unusual sports require a lot of skill and accuracy, but for some reason, proper appreciation eludes them. Here is looking at five lesser-known unique sports from around the world that deserve more recognition. 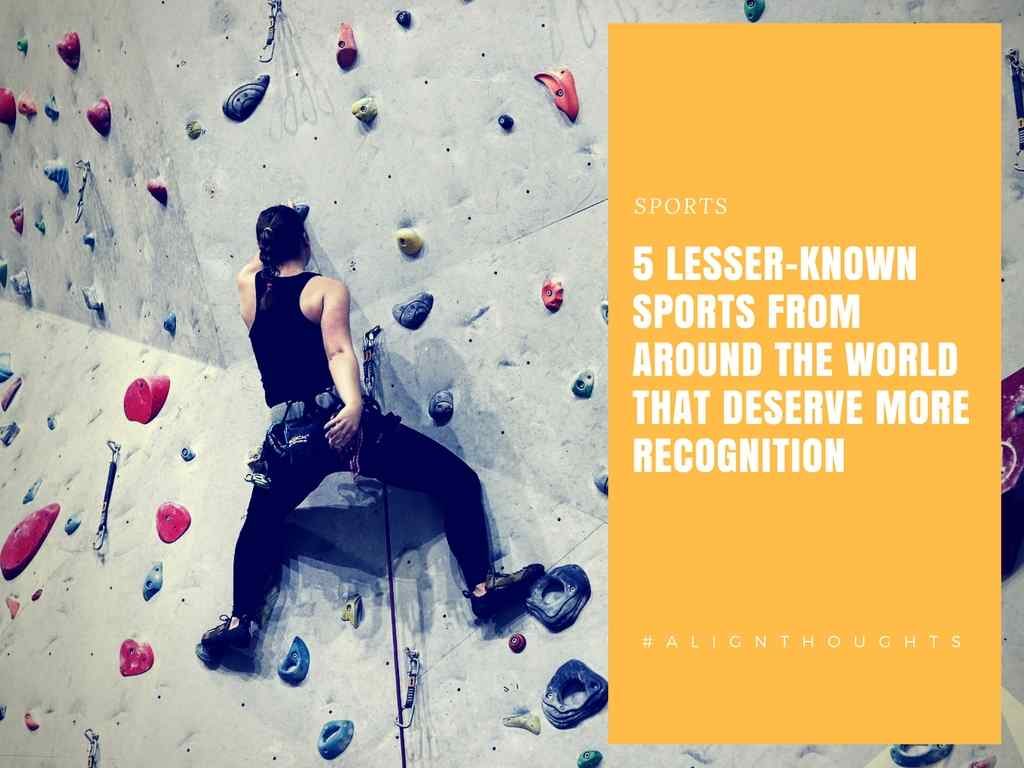 Pato, also known as Juego del pato, is Argentina’s national sport and dates back to the early 17th century. The sport merges the best elements of polo and basketball. Initially, the game was banned because it was considered too violent.

But after some amendments to it, Pato has gone on to have a special place in Argentineans’ lives.

Pato involves two teams, consisting of four mounted players each on horseback, fighting for the possession of a white leather ball having six equidistant handles.

The ball is to be thrown inside a vertically positioned basket to secure a goal. Players must pick the ball from the ground and pass it around to their teammates using only their right hand, which requires immense skill.

Each match comprises of four to six periods of eight minutes each. The whole country witnesses proper Pato tournaments, from February to December every year.

The Abierto Argentino de Pato is, in fact, the annual National Championship for Pato and is an exciting event that is thoroughly enjoyed by the Argentineans.

Although immensely enjoyed by the locals, the sport remains one of the world’s unique, unpopular, and lesser-known sports.

A Southeast Asian sport that combines soccer and volleyball, Sepak Takraw is gaining popularity and is especially enjoyed in places like Thailand. While this sport’s origins are still not precise as several countries have laid their claim over it, Sepak Takraw is an exciting sport to witness.

The sport has three players, playing in a badminton-sized court net – left inside, right inside, and back server – who try to pass a ball over a net that is about 1.5 meters high. The players get three volleys to clear the ball and use their feet to kick the ball around.

What makes Sepak Takraw so exhilarating is watching players use acrobatic kicks to maneuver the ball.

It is different and more difficult than volleyball as the players leap in the air, jumping and flipping and using breathtaking bicycle kicks, and then landing on their feet gracefully. It won’t be long before Sepak Takraw catches up the world over.

Kabaddi, one of the most unpopular sports, is native to India and is being played for centuries. Though India has developed domestic kabaddi leagues over the past few years, the sport still needs more popularity to gain access worldwide.

Kabaddi is a contact game played in a large square arena for two halves of twenty minutes each and has seven players on either side. Each player scores points taking turns sprinting across the other half and trying to raid or touch the opponent players before getting caught.

The player who does the raiding is called the raider. While defending, the team players need to capture the raider before he touches them to secure a point.

First played at the Asia Game in 1990, Kabaddi has gained immense popularity in the sub-continent in the past few years and would hopefully spread everywhere else soon.

Created in 1992, Chess Boxing is an unusual sport that requires both mental and physical toughness. The game’s object is simple – beat your opponent in six rounds of chess and five rounds of boxing alternately. So one can either use the discipline and sharp mind needed to win at chess or use physical strength and tenacity to overcome the opponent at boxing.

Check-mate or forfeit decides the chess part of the game, whereas a stoppage adds points to the boxing part. Each round lasts three minutes for both competencies. To compete in the sport, a player must understand both boxing and chess disciplines and must have a chess rating of at least 1800.

Below are some of the countries that have slowly embraced this unpopular sport with excellent results.

However, this unique and lesser-known sport deserves a lot more attention and followers.

A full-on contact sport, Roller Derby has been around for a few years now and has gained immense popularity in countries like the USA.

Women predominantly play this game. The game indeed is high on excitement and energy both for the players and the fans. Roller Derby has two teams of five players; each roller skates in the same direction (counter-clockwise) around a track and tries to score more points than the other.

A single track is used to play the game, and players use quad roller skates to move around the surface. It is the job of the “jammer” in the team to score the points by lapping the players on the other side.

The opposing team uses tactics like blocking and body contact to prevent the jammer from securing points. Two halves of 30 minutes each complete one match of Roller Derby, and since they are not allowed to end in a tie, the games are entirely action-packed.

Do you know any more unpopular sports from your country?

Which unusual and unpopular sport needs more recognition, according to you? Does your country have any unusual sport that is enjoyed well? Comment your thoughts below. Also, do not forget to subscribe to us for more content.

Some people are born with the ability to overcome all of life's challenges, whereas some of us complain about life being unfair. Truth is,...
Career & Work

Are we soon going to hit another Great Recession? Recessions are sometimes planned to occur for market corrections, but on the other hand, they...
Vacation

For someone who travels multiple times a year, flight fares can be an expensive affair. And amidst the pandemic crisis and uncertain travel conditions,...
Relationship

Back in medieval times, marriage was the only essential attribute of a woman's life. Marriages were also used as a tactic to win a...
Self Development

Why Smart People Do Foolish Things?

Even the smartest people in the room can act dumb sometimes. The human brain is by far the smartest among all other species on...