The time of living in an AI civilization has officially begun. It is the time when we can expand our perception of reality, create virtual versions of ourselves and be friends with a humanoid robot. We are aware that the robotic technology is evolving day by day and the more social robots become the more impact they will have in our lives. Some of them are already changing the way some industries operate. The fast food chains are already exploring the option of replacing some human staff with robots and the future of medicine could be in the hands of medical robots that will save thousands of lives.

However, the latest robotics technology is also signalizing their place in the space, especially on Mars. For decades scientists have considered the idea of sending robots on the Red Planet. And, thankfully to some ambitious space programs Mars is no longer a lifeless planet.

There are several robotic scientists who are exploring the Martian surface and its skies. They are as follows:-

The Curiosity Rover is a robotic space mission that was launched by NASA on November 26, 2011. It is also known as one of NASA’s most ambitious missions in space, because it involved exploring Mars climate and whether the planet is suitable for life. Scientists have known for years that Mars was flowed with water but in 2012 NASA’s Curiosity Rover analyzed a sample from the interior of the planet and revealed some chemical ‘ingredients’ for life. They found sulfur, nitrogen and hydrogen and that was enough to conclude that Mars was capable of supporting life in the past. Unfortunately today, the planet is drier and colder so that makes it less possible for supporting life. However, some researchers still think that Mars may still be capable of supporting life in some protected areas on her surface.

Is Our Universe The Only Universe? Probably Not!

The Maven orbiter has been circling the Red Planet since 2014. It was developed by NASA to study the planet’s atmosphere, especially determining how the planet’s atmosphere and water were lost over time. Maven was successfully launched on November 2013 and in 2015 the collected data from Maven revealed that the Mars’ atmosphere declines and gets worse during solar storms. According to NASA the planet was relatively warm billions of years ago but this loss in the atmosphere actually influenced Mars to become the cold and dry planet today. Scientists have wondered what exactly happened on Mars and luckily with Maven’s exploration of the planet atmosphere they are able to better understand the climate history of the planet and its potential to host life.

NASA’s Odyssey is holding the record for the longest Mars mission in the history. The spacecraft arrived at Mars in 2001 in order to search for evidence of water and ice. NASA’s officials stated that the spacecraft instruments found actual evidence of water ice close to the surface of Mars and it is also hoped that these instruments will answer the ‘million’ question of whether life existed or not on Mars. This will help scientists to gain more information about creating a strategy for the future human missions on Mars. Odyssey has allowed researchers to investigate the seasonal dust storms that can be different from year to year and it is also the link of communication between the Mars Exploration Rovers, Mars Science Laboratory, and the Phoenix lander.

The Mars Reconnaissance Orbiter or MRO was launched in August 12, 2005. It is a multipurpose spacecraft that contains a lot of scientific instruments like spectrometers, radar and the most powerful camera of any spacecraft at Mars. These instruments help MRO to study the Mars’ daily weather and surface conditions in order to search for possible leftovers of water and ice. MRO also studies potential sites for telecommunications system in order to transfer more data back to Earth. MRO is modeled by NASA’s successful Mars Global Surveyor in order to conduct surveillance of Mars from the orbit. In this regard James B. Garvin, the program scientist for NASA proclaimed that MRO will be a ‘microscope in orbit’ because it demonstrated a great potential in communications and the MRO mission has achieved all its science goals in a two-year science phase.

Spirit and Opportunity are two robotic twins that landed on Mars in January 2004. These robotic explorers have both made an environment observation and found out that there was some ancient areas on Mars that were wet and habitable. One of their scientific goals was to search for signs of water on Mars and that is why both of the robotic geologists landed on the opposite sides of Mars. Spirit landed at Gusev Crater, a former lake and Opportunity at Meridiani Planum, a place where the mineral leftovers suggested that Mars had water. Their data helped scientists to collect full colored images of the planet’s environment and detailed images of the surfaces that lead to Earth. Unfortunately, during their mission Spirit was trapped in the sand and it stopped transferring information back to Earth. However, Opportunity is still operating and in 2015 he was acknowledged as the longest-running rover ever.

How Can We Solve The Problem Of “Space Junk”?

There are a lot of human space missions and each mission is recognizable by the amazing human bravery and personal strength shown in the outer space. However, today space is not only surrounded by people, but also robots. And just like there are benefits of sending humans in space there are also benefits of sending a robot in the space. For example robots don’t need to eat or drink and they are capable to ‘dive in’ deep in the unknown space. They are designed to survive hard weather conditions like extreme temperatures or high levels of radiation and that makes them effective in gathering more space information or data. However the robotic exploration could be extremely necessary for the success of the human exploration, because it could provide some critical information and reduces the risk of human lives. So, at the end there is no real choice between robots and astronauts’ in the space, because they are both mutually dependent and connected to each other.

What are your thoughts on robot avatars visiting mars?

Subscribe with us for more such useful articles. You can also follow us on our social media channels mentioned below.

Previous article
Do AI Robots Like ‘Sophia’ Signal A Massive Threat To Humans?
Next article
What Is The Future Of Commercial Space Flights? Will SpaceX Take Over NASA? 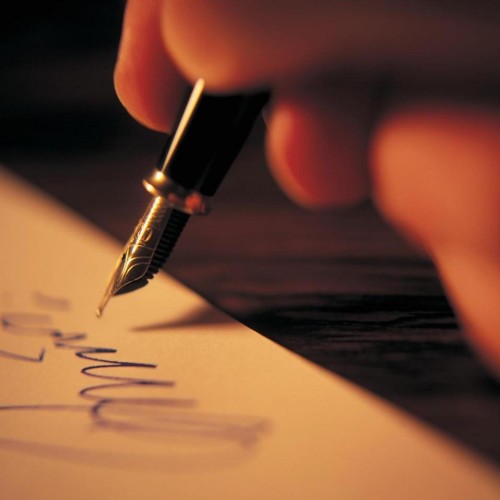 We are all dreamers, and slaves of our own imagination. Imagination can be a brilliant experience, or...
Read
Career & Work

After spending a nice weekend, dragging yourself from the bed and getting back on your feet may...
Read
Community

How Can We Solve The Problem Of Space Junk?

Launching objects into the space, for more than 50 years, is one thing. But, leaving more than...
Read
Technology

Technology is like a shapeshifter. It is constantly evolving and changing in new forms. One day it...
Read