Water is one of the key elements that nature has gifted to us. It is one of the most beneficial things you could offer to your body. God knows how did the Ayurveda experts of ancient India manage to derive various theories and conclusions in those times without any technology and much of tools. But the fact is that today modern science is slowly, one after another accepting these theories and conclusions of those times. To the extent that some of the Indian mannerisms of daily living are also now being accepted by the west which otherwise has a very different culture. 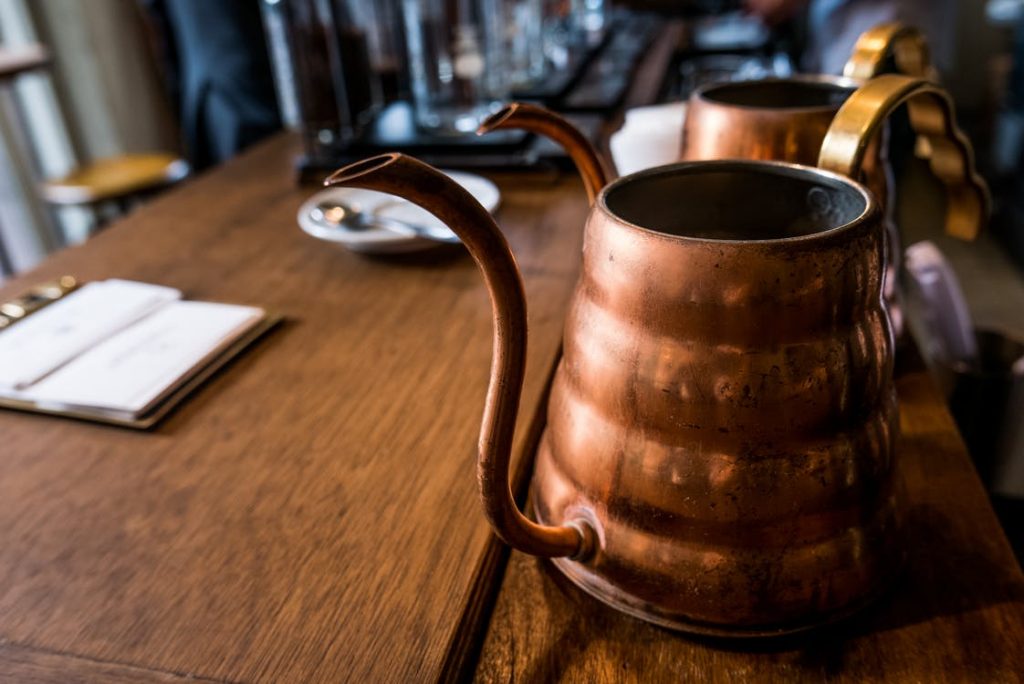 To test this claim, in February 2005, two scientists of New Castle University carried out an experiment. They mixed the bacteria of Escherichia Coli (E. Coli is the simpler version of the name) in three vessels. One vessel was made up of plastic, the other one was an earthen pot and the third one was made up of brass. And they stored the water for 48 hours.

Well, E. Coli is the leader of the gang of bacteria, which cause water-borne diseases such as diarrhea (Yes, this E. Coli is the culprit for our tiring multiple visits to toilet when affected by diarrhea).

What the scientists witnessed under the microscope after those 48 hours was astonishing.

They observed that the E.Coli bacteria was alive and swimming around in the vessel made of plastic and the earthen pot. While, the water in copper vessel was completely bacteria free.

After this first experiment, both the scientists that forwarded the chain of experiment to an Indian professor of Biology in Punjab University, Mr. Sanjay Chibbar. To repeat and verify the experiment conducted in Britain, Mr. Chibbar conducted the experiment in a different manner altogether.

He used the water, which was supplied in villages to fill the vessels made up of copper, plastic, and earth. The reason for this is, that the water used in laboratory is distilled water and its pH value might be helping the release of copper from the vessels, which ultimately results in the mass murder of the bacteria. But the potable water is where the real test should be done. Especially in countries like India where potable water is sometimes not so potable.

But, surprisingly here also the results were exactly the same.

Later, each sample was tested in lab and analysed. Over a period of few hours, it was observed that there is release of copper ions, when water is stored in the vessel. And these copper ions have the special talent to kill the E.Coli bacteria. Yes, no other metal, including even Gold can kill these bacteria which copper does.

One may ask a question that isn’t the leaching of copper in water bad for us? Well, the leaching occurs at such a slow pace and in such a negligible quantity that it doesn’t affect the human body and its functioning at all. In technical terms, the amount of copper found in water was 1/20th time the permissible limit of World Health Organisation. While, for the micro-organism, for the E. Coli, this small dose also proves to be lethal.

Not only E.Coli. Copper water over the time and across various experiments has proved to be effective in neutralizing other bacteria such as Salmonella and its various types too.

In most of the developing countries of the world today, potable drinking water is a major challenge. Including India, there are many such countries, which faces this severe challenge. According to World Health Organisation, almost a million deaths every year in the world are attributed to diarrheal diseases. And in children below 5 years, diarrhea remains as one of the leading causes of death.

While, political activism has its own role in pushing the government for expediting the efforts for providing potable drinking water for everyone, but science itself has a lot to offer as a solution.

Just by replacing the other water storing vessels such as the glowing steel/plastic with copper can bring some impressive results. One can understand that in villages, the cost of copper vessel might be a concern, but it should be kept in mind that the cost of medications in rural villages are very high due to medications each year. These costs can be avoided.

Also, in cities, various restaurants and roadside food stalls are major source of food poisoning. If at all these restaurants and food stalls just start storing water in copper vessels, then a majority of the water-borne diseases can be avoided. Especially the kids would not fall prone to such unhealthy meals or drinking water served at public places.

It is important to understand that, science is not just to know. Science can also help us lead our lives in a much healthier, much better way. Studies also reveal that the strong antioxidant properties of copper can also prevent the development of cancer cells.

Share your thoughts and other ways of how using copper can help us live healthy in the comments section below. Do not forget to subscribe with us for amazing posts sent freely to your inbox.

7 Surprising Benefits of Drinking Water on Empty Stomach You Probably...