The sheer variety and distribution of species on our planet are interesting. The closer we head to the equator, the wider the species you can find. The number of species near the poles is significantly less, compared to the abundance in the biodiversity in the tropical rainforest. So why do more species live near the equator, and what makes the tropical biodiversity so rich? When we think of the tropics, we picture a luxuriant jungle teeming with animals, birds, and insects. Or a crystal clear ocean with banks of fish in all shapes and colors swimming around.

This is not just a Hollywood-induced image: it is the truth. For over 300 years, explorers and scientists have been amazed at the sheer richness and diversity of life near the Equator. This belt around the middle of Earth is the area with the largest variety of species of flora and fauna – some of them very rare and unable to thrive when moved to a different climate.

Tropics: The Biome With The Most Biodiversity 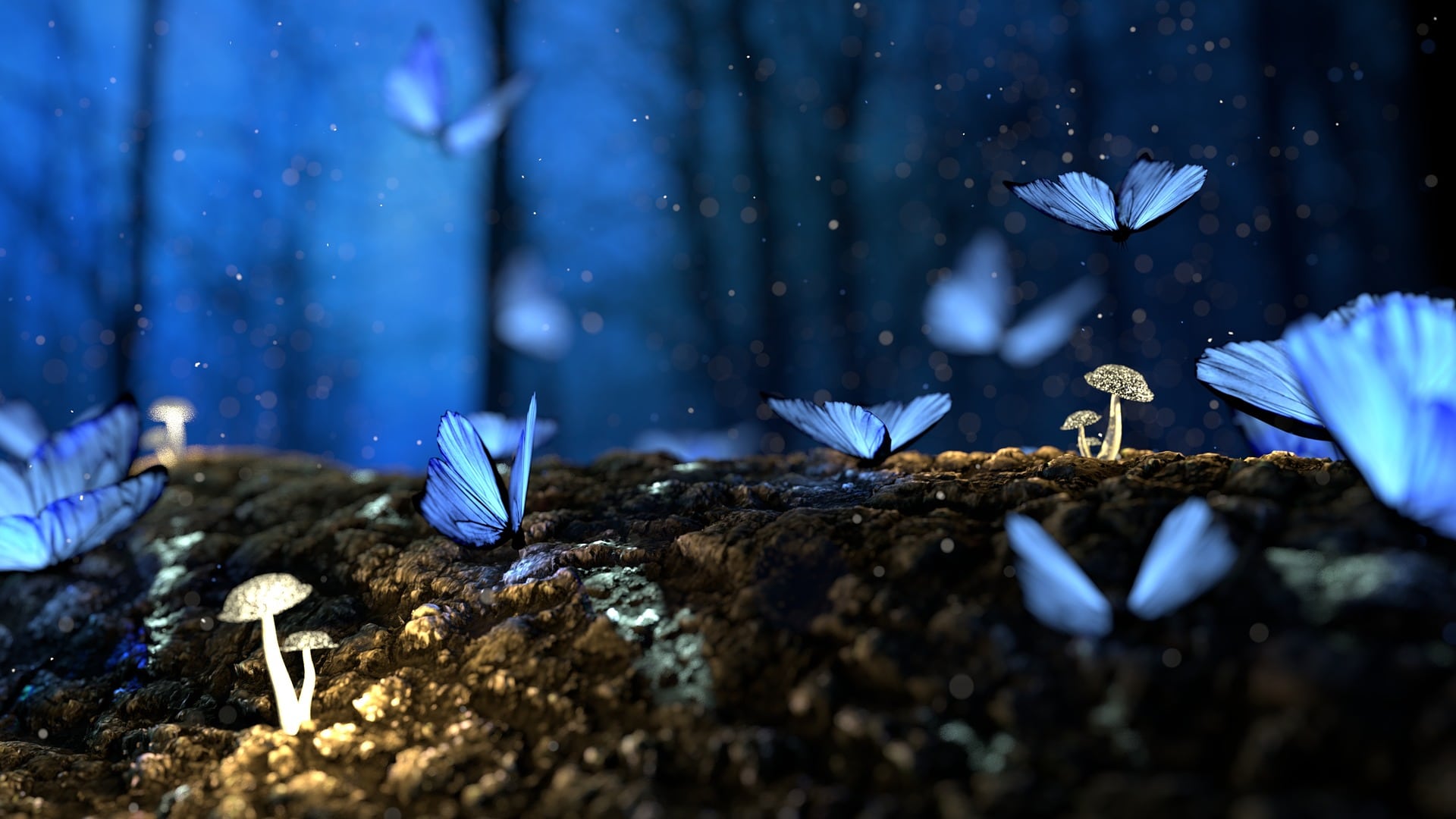 This organization aims to understand the role of forests on the planet, how they evolve, and how they adapt to climate changes, etc.

But centuries before ForestGEO, biologist Carl Linnaeus published in 1758 a work called Systema Naturae, where he cataloged an impressive number of species:

He collected the information from explorers and traders who traveled the world, from Africa, Asia’s and the Americas.

77 years after the publication of Linnaeus’ book, Charles Darwin sailed to the rich tropical rainforest on HMS Beagle. This is when he made a more detailed observation and classification of the species he found there.

Seeing the rich diversity of plants, animals, birds, and insects coexisting in restricted areas, such as the Galapagos Islands, the great naturalist asked himself the question I am attempting to answer in this article: how was it possible that the Equatorial area held more biodiversity than the vast areas of Europe?

What mechanisms kept all these species in balance, instead of pitting them one against the other for supremacy?

Before I move on to sharing some of the unique reasons and causes for the rich tropical biodiversity near the Equator, let me put you in the picture a little.

Just how much biodiversity is in the tropics near the equator? Why do we need to talk about this topic?

The truth is that identifying and classifying all the species and sub-genera is a continuous work for biologists. However, the results they’ve collected so far are beyond impressive.

Here are just a few random numbers on the biodiversity in a tropical rainforest:

These are staggering numbers. To make a quick comparison with other areas on this planet, it suffices to say that North America has an average number of 171 species of plants and all Europe has as little as 192 species of fish.

5 Reasons Why More Species Live Near the Tropics/Equator?

Before I move on to list the reasons, it is important to understand that these are theories formulated by scientists. None of them has been proven beyond doubt so far, as teams of researchers continue their work. At the same time, it would be wrong to assign the rich biodiversity at the tropics to one reason only. The truth is most certainly a combination of all of them.

This term is used by biologists to describe the environmental characteristics of an area. Harsh climates, such as those of the northern regions and very high altitudes, have low productivity.

By contrast, the tropics are highly productive. The climate is warm and moist throughout the year, with little variation in temperatures. This means that the belt around the Equator is rich in resources to support biodiversity with all its different requirements.

At the same time, the tropics receive most sunlight throughout the year compared to any other region on the planet. Since the energy needed to sustain life on our planet comes from the sun, it means that the tropics are the most productive area on Earth.

See this: Most Endangered Species of This Planet

Various scientists across the decades have proposed this theory: Hutchinson in 1959, MacArthur in 1965 and 1972, Brown in 1981 and O’Brian et al. in 1998. While numbers of iterations are not scientific proof, the fact that so many scientists identified this particularity of the tropics as a reason for the rich biodiversity must mean something.

If we look at the history of our planet on a large scale, since its formation, we can identify a specific pattern of activities – or lack thereof. The Equatorial area or the tropical rainforests was not subject to massive volcanic eruptions that changed the landscape in Europe, Northern America and the Eurasian region.

Also, this area was not subject to the movement, and continuous grinding of ice sheets as the glacial era came and went. Jonathan Myers, a researcher in the ForestGEO project, speculates that this is also one of the reasons for richer biodiversity in the tropical rainforest.

Read this: How Humans Are Destroying The Earth?

As unlikely as it seems, the presence of various pathogens (bacteria, viruses, natural predators) has contributed to the greater diversity of species in the Equatorial regions. The ForestGEO research team has identified a unique behavior of trees in the area: there are few saplings (young trees) in the same area as their parents.

How does this relate to pathogens? If all the trees in one species grew together in the same place, a dangerous pathogen would wipe out the entire species.

Think of a pandemic, like the Spanish Flu at the end of World War I or even the COVID-19 pandemic.

The mechanism of sending their seeds away, to a different area, helped tree species not only thrive but also establish a foothold in a separate area, become exposed to other similar species, and even create new species by cross-pollination.

The theory proposed by Klaus Rhode in 1992 states that the tropical climate encourages species to evolve faster and create new subspecies at a higher turnover rate compared to another climate.

In Rhodes’ words: “greater species diversity is due to greater “effective” evolutionary time (evolutionary speed) in the tropics. Probably as the result of shorter generation times, faster mutation rates, and faster selection at greater temperatures.”

While this theory still needs research, empirical data appears to support it.

A research project supported by the National Science Foundation on trees found a clear correlation between the number of species and the average temperature in their natural environment.

Read also: How To Win At Evolution And Survive A Mass Extinction?

This theory is quite straightforward!

Species that can colonize new areas faster and reproduce in greater numbers have more chances to thrive. The tropics offer favorable conditions for these conditions to be met.

With plenty of sunlight, food, species can thrive and multiply. With the presence of pathogens, they are forced to spread out to new territories in order to survive.

What do you think? Which one of these theories is the closest to the truth concerning a large number of species near the Equator?

Do not forget to subscribe and get interesting insights from our free newsletter. Also, follow us on our social media channels for more updates.

Nihar B
Have you wondered anytime if you suddenly feel happy for no reason? There is this feeling which makes you think that ‘today is the perfect day’. This is due to the different types of hormones secreted in your body. Hormones are chemical substances that...
Read more

Silvia Constantin
Are you wondering to upskill yourself to succeed in life? Then perhaps, this psychological approach can be your best bet. Neuro-linguistic programming is a behavioral technique that can help you achieve your personal goals, overcome a tragedy, or even change the way you think...
Read more

Courtney Mellina
Today technology is on its way to transform fiction into existent. Have you ever imagined a robot building a bridge, have you given a thought about driverless cars, a personal assistant who is smarter than you? All this is real and happening and it...
Read more

Felicia Nazareth
Video games are something that every youngster loves. In this current age, video games have taken a totally new form. Previously our video games were limited to graphic games or 2-dimensional games. Slowly there was progress, and we were introduced to 3-dimensional games and...
Read more

Silvia Constantin
Have you heard about microchipping humans? The era of microchip implant in humans has taken countries like Sweden by a storm. We all know that every person that ever walked on Earth is unique. The chromosomes in our DNA can combine in almost limitless...
Read more 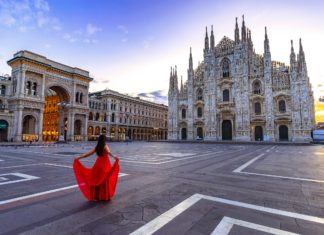 12 Beautiful European Cities To Visit For Your Weekend Breaks

Nihar B
Looking for a city break in Europe? There are many beautiful cities in Europe. Read on to know how to plan a perfect European weekend getaway. Those who enjoy traveling are spoilt for choice in...
Read more
- Advertisement -