What Is The Likelihood That A Comet Will Strike The Earth? Can We Detect And Stop This?

A comet, or scientifically known as a dirty snowball, is a snowball filled with frozen gases and dust. This ball also has the usual habit to fly into the cosmos on the way to the Sun. The interesting thing is that when an icy object like a comet gets closer enough to wing around the Sun, then his ice warms up, and becomes dust. At that moment, the comet gives birth to a glowing hot cloud, called a coma.

Furthermore, various theories exist concerning the comet’s origin and how it was formed. Some astronomers believe that comets are actually the leftovers of stars and planets that existed 4.6 billion years ago. As well, there are also researchers, who claim that comets might also have been the original carriers of water, organic molecules, and compounds to Earth. Nowadays, they are familiarly known as the building blocks of our solar system, and the life we have here on Earth.

But, regardless of how comets were created and whether they were actually the shippers of water and molecules; they still exist and for that reason, the Earth could suffer from damages on a global scale.

So, the question that arises is: Should we be worried that a comet or an asteroid could hit the earth in the near future?

According to NASA, on June 24, 2017, a very close meeting occurred between our Earth and big space rock. Luckily, they say that this gigantic rock, also known as an asteroid, carefully passed by, otherwise it would have caused a massive wipe-out of all humanity, and living species here on Earth.

But, even though one asteroid is out of the way experts fear that the next one called Apophis, who is going to hit the Earth on April 12, 2029, and then again on April 13, 2036, is expected to “change [the orbit] in a way that is not fully predictable”.

Tragically, if this 370 meters long rock happens to hit the Earth, scientists estimate that it would create an explosion, that will be 65,000 times more powerful than the nuclear bomb, that was dropped on Hiroshima.

So, how should we stop this “nightmare’’ of blowing up the Earth ? Are we aware enough that we could never be able to “wake up’’ again?

As NASA warned: It is not a matter of if – but when we will be forced to deal with an asteroid slamming into the Earth’s surface. They and the European Space Agency have gathered their own forces in fighting this battle’’. Crashing with a spaceship into an asteroid, and triggering a kinetic impact, is their mission to “save the world’’.

In this proposed space operation they want to use two spacecraft. The first one will be launched by the European Space Agency in 2020, and the second one by NASA in the 2021 year.

The primary goal is to see whether it is possible to change the direction of the flying asteroid, and to turn it away from the straight course, or to deflect it. But in doing that, they alert us that there is an enormous risk of breaking the fragments, and causing the asteroid to speed up its flight straight to the Earth.

In view of that, the mission still doesn’t have the “green light’’ for its approval, or confirmation for her funding. 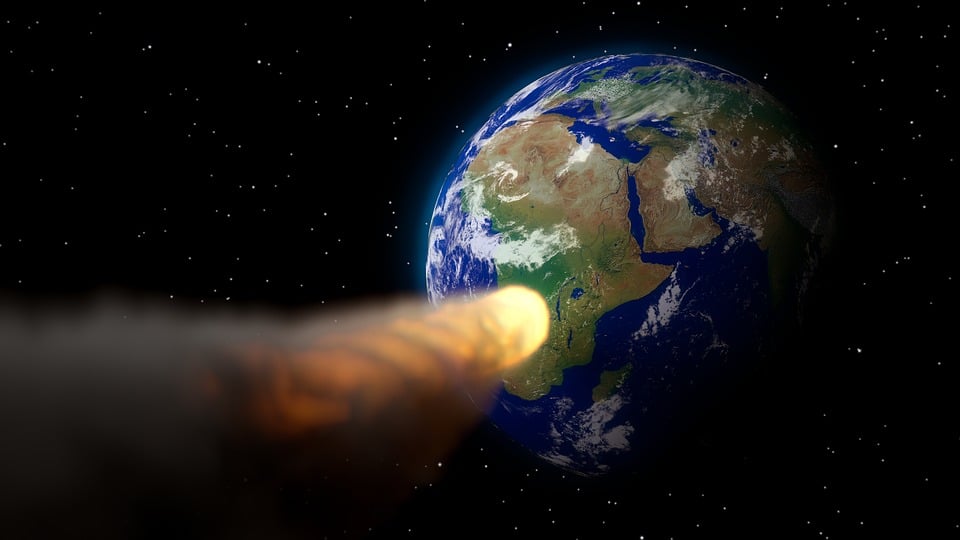 Besides deflection as one of the proposed mitigation techniques, scientists also confirmed four more methods to stop the “killer’’ asteroid from getting too close to our precious Earth. They are:

These two steps are necessary for better understanding the asteroid, and comets population, because asteroids, are highly variable, and they could influence the entire mission of deflecting it.

Although nuclear weapons are still the most destructive weapon that humanity has ever developed, the sweet irony is that they could be a “live saver’’ in this situation. Detonating it near the comet, or asteroid, and use the heat from the explosion to accelerate the comet in opposite direction, as we mentioned before, could deflect the asteroid away from the Earth.

But, then again we can’t be a hundred percent sure of the consistency in these objects, and how they are held together, so some scientists believe that even a small nuclear weapon can accidentally shatter, rather than deflect the comet from the Earth.

Therefore, they recommend that it will be very useful if we already know about the consistency of a comet or meteor, before using nuclear weapons.

Pushing off the space rock from the Earth can be an obligation from our Sun too. Solar energy, or as astronomers like to call it radiation, is electromagnetic energy, that travels through space, and could put enough pressure to drive away any object in the solar system.

This “sun pressure” could be generated by belting sails onto the spacecraft, and letting them feel a wave of high energy – x rays so that the vessel will slowly speed up, and steer away from any objects closer to Earth.

Read this: Here’s All You Need To Know About The NASA’s Mission To Reach Sun

“We had looked at landing on the surface [of an asteroid] and all the problems associated with that, when we found that the gravitational force is about equal to the force that you plan to be pushing with anyhow,” according to Lu, an astronomer.

He also explained: “You would use this small gravity force between the [spacecraft and the asteroid] as your towline to basically pull this thing,” And so, Lu and the other astronomers consider that gravitational tractor is a viable solution, but as long as they are aware of the potential collision in the future.

Even though there is a huge possibility that in the near future a comet, or asteroid will hit the Earth, still we shouldn’t lose hope. Instead, we should face this bravely, and look at the bigger picture. We are aware that our planet earth is extremely ‘’vulnerable’’ at this time. It is all because of her painful past of outside impacts, and space influences.

However, a lot of technological resources are at our disposal, and if we try to use it wisely and productively, then we can ensure humanity won’t suffer the same tragic fate as dinosaurs did 66 million years ago.

The truth is that everything depends on us.

Leave behind your thoughts in the comments section below. Also, subscribe to us for more interesting posts and stay tuned.

Life is precious. For some, it lasts short but for others, it lasts longer. This timeline of...
Read
Community

Extinction is one of the most serious, dangerous, but also mysterious phenomena that has ever happened on...
Read
Family

Is Personality Inherited From Family? 9 Things That Shape Your Identity Before Birth

Initially, we were all only tiny cells that were formed during the process of fertilization. In this...
Read
Community

We are all dreamers, and slaves of our own imagination. Imagination can be a brilliant experience, or...
Read