What Are Skyquakes? Do Skyquakes Cause A Sonic Boom?

The definition of sky quakes is a sonic boom that has no apparent cause. As you may know, when a physical object breaks the sound barrier, it causes a sonic boom. This means that the respective object is moving faster than the speed of sound, which is 767 mph (or 1,235 km/h).

For example, the military supersonic planes cause a sonic boom each time they exceed this speed. The phenomenon is accompanied by a striking visual aspect: a round halo of white cloud-like substance forming at the end of the plane. But there are no planes or other objects to be seen in case of unexplained mysterious booms.

They seem to come out of nowhere. And they do not sound the same all the time. A sonic boom caused by a plane has a characteristic banging sound.

However, people who witnessed sky quakes report various sounds, some of them similar to an earthquake (hence the name of sky quake). 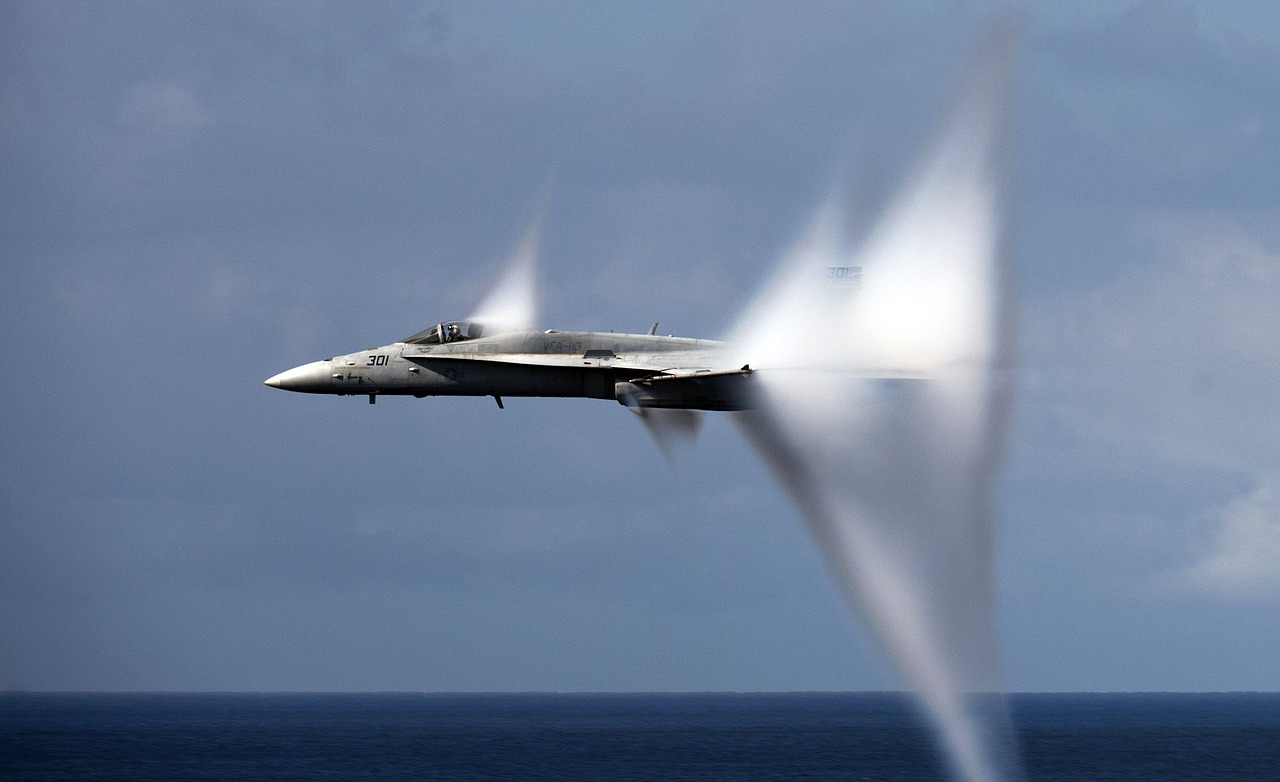 Where is a mystery, there will always be conspiracy theorists, as well as hoaxers. Thus, if you start looking on YouTube, for instance, for recordings of mysterious booms, you will find a lot of them. But not all of them are real.

There are also the ufologists – people who believe in aliens visiting Earth in their sophisticated flying saucers.

According to them, sky quakes are sounds of invisible UFOs who are constantly passing over Earth and making observations.

While this would make an excellent subject for a movie, there is not one shred of evidence to support this theory.

Some darker and more convoluted theories state that such unexplained mysterious booms are the result of covert weapon experiments that the military conducts.

But let us focus now on facts.

In this video, Dr. Glenn MacPherson from British Columbia, Canada, shows several recordings of sky quakes he captured at home. Other examples in the video come from people who sent such recordings to him (and were checked for reliability).

You can hear a wide range of sounds: rumbles, hums, screeches, and even something sounding like a trumpet.

Also, as you can note from the video, there is a clear (or slightly clouded) sky outside when the sonic boom occurs. Thus, it is not thunder or its echo. This is what makes sky quakes so puzzling: there seems to be no cause for them.

Yet, they have been recorded all over the world. Dr. MacPherson has decided to do more than share a video on YouTube. He wants to document these unexplained mysterious booms. Thus, he created a website – The World Hum Map and Database Project – where he collects and records sky quake reports.

So, if you believe you recorded an unexplained sonic boom, you are welcome to contribute to Dr. MacPherson’s ongoing project.

How Widespread Are Mysterious Booms?

Looking at The Hum map on the website as mentioned above, sky quakes appear to favor coastal areas of all continents. There are even reports from as far as Iceland and New Zealand.

And to attest to the fact that people have been hearing these strange sonic booms for a long time, they have specific names in the languages of various nations across the globe.

As for the fact that skyquakes seem to be more frequent in a coastal area, one scientist seems to have an answer. David Hill of the US Geological Survey published a research paper in the Journal of the Seismological Society of America on mysterious booms.

He argues that on coastal areas, booming sounds frequently accompany huge waves. In other cases, this type of sonic boom accompanies tsunamis.

What Are the Causes of Unexplained Mysterious Booms?

In his paper, David Hill has several explanations for skyquakes.

• In the desert, sand dunes can produce a series of strange sounds, like barely audible whispers, squeaks, whistles, humming, or even booming sounds under specific circumstances. The most likely type of dunes to produce these sounds are those with steep leeward faces;
• As tsunami waves move at a rapid speed, they can disturb methane hydrate deposits in the sea beds and ignite them, causing mysterious booms;
• Meteors and meteorites – meteors of various sizes frequently bombard our atmosphere. Most of them are pulverized in the upper strata of the atmosphere, and we never get to see them – but we hear them being crushed and burned to atoms.

Other scientists argue that the unexplained sonic boom is the effect of coronal mass ejections (CME).

CME is a type of solar storm which occurs when protons accelerate up to 40% of the speed of light. Thus, they can generate shockwaves that travel down to our planet, breaking the sound barrier, and causing these mysterious booms.

So, Are Mysterious Booms Real?

While we may not have a clear and definite explanation for skyquakes, one thing is certain. A lot of people from all over the world have heard them. And they are not a modern occurrence, either.

In the legends of Native American Iroquois tribes, we encounter strange noises from the sky, which they explain as the work of the Great Spirit to shape the world.

American author Washington Irving, in 1819, in his famous short story Rip Van Winkle, explains booming sounds from a clear sky as ghosts playing nine-pin bowling up in the mountains.

James Fenimore Cooper – famous for the novel “The Last of the Mohicans” – published a story called “The Lake Gun”, in the year 1850.

In the story, he describes accurately the skyquake phenomenon occurring at Seneca Lake and calls it “Seneca gun.” Even at present, people in Southwest US call mysterious booms by this term coined by Cooper back in the 19th century.

In 1899, Appleton’s Annual Cyclopaedia and Register of Important Events included reports of sounds like skyquakes from New York, northern Georgia, and Florida.

Thus, we can at least say that leaving aside hoaxes. There is sufficient proof to affirm that mysterious booms exist. They have been occurring for hundreds of years, and they seem to continue. Maybe one day, we will have a definite explanation for them.

What do you think is the cause of skyquakes? Have you ever heard one? If yes, share your experience with us in the comments below. If you enjoyed this article, then make sure to like and share.

Previous articleDid Earth Swallow Another Planet And Does This Explain the Origin of Life?
Next articleInteresting Facts About Moon – How Many Moons Does Earth Have?

Do you remember watching Sci-Fi series like Star Trek as a child and wondering if the cool...
Read
Technology

How Will Cutting Edge Technologies Change Transport in the Future?

Have you ever wondered how transport in the future will be like? Will we be able to...
Read
Technology

Artificial Intelligence (AI) refers to the learning and problem-solving ability in modern-day technology and machines similar to...
Read
Technology

A drone is a short and popular term for unmanned aerial vehicles (UAV). Large-scale UAVs have been...
Read