Warren Edward Buffet is considered to be the Legend of investing. This man, born in August 1930 has led quite the accomplished life. He is an investor, public speaker, and philanthropist. One of the facts about Warren Buffet he is most known for is being the CEO of Berkshire Hathaway. Berkshire Hathaway is a company that manages hundreds of businesses internationally.

Warren Buffet, the famous businessman has a net worth of 86 billion dollars!

Even though he’s known to be a financial genius, there are some facts about Warren Buffet also referred to as the “Oracle of Omaha” that may surprise you.

Buffet has worked hard to become who he is today, but there is more to this man than his current net worth and there some obstacles he had to cross to get here that you may not have considered.

Warren Buffet Net Worth By Age

As per sources, here are some of the trivial ways how Warren Buffet’s net worth over time got accumulated.

1. As a high school kid, Warren Buffet made money by

2. Buffet bought his first property at the age of 14

With $1200 savings young Warren bought a 40-acre farm. And also invested in a business owned by his father.

3. When Warren finished his college

He started off his career at Benjamin Graham’s partnership with an annual salary of $12,000 which is about $114,000 today. 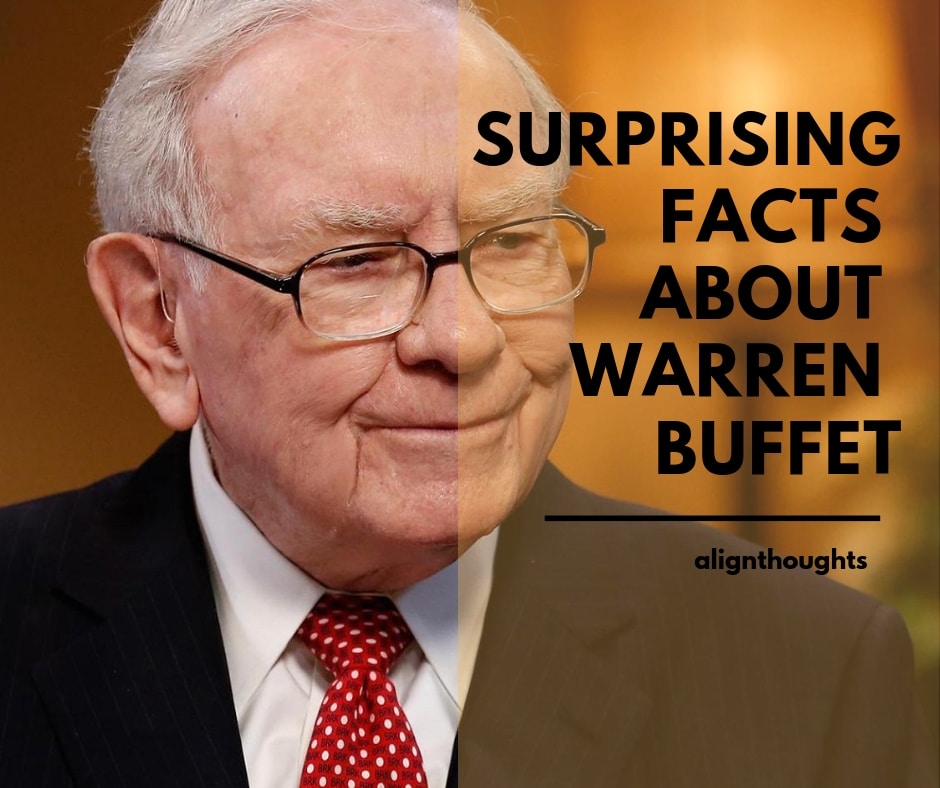 You would never guess that a man as smart as Warren Buffet would have easily been accepted into Harvard. Although he applied, he was denied admission into the school. This is an excellent example of how he went through his own set of failures just like every one of us before becoming the success he is in today. How did he handle this situation?

Well, he learned that Benjamin Graham, who according to entrepreneur.com is considered “the father of value investing,” taught at Columbia Business School. So he went there instead. Clearly, he did not need Harvard to be successful.

2. Warren Buffet Used to Be Afraid of Public Speaking

I know what you’re thinking: “A public speaker afraid of public speaking?”. Well, in his early 20’s Warren Buffet took a Dale Carnegie public speaking class to get more comfortable with public speaking. Considering where he is now, it must’ve worked. Also, according to business insider, this course helped him propose to his wife. How sweet is that?

This extremely wealthy investor could afford a mansion and a few cars with a few different drivers if he wanted. However, he has a house in Omaha, Nebraska is a beautiful 6 bedroom house that he’s has for over 50 years! It’s a beautiful home, and I guess Buffet doesn’t feel the need to buy some new modern house when he has a house and could easily renovate if he wanted to.

4. Most of Warren’s Wealth Came After He Turned 60

This fact was a motivation boost for me. This man has been working and putting down the clay for his success for years and years, but he didn’t make 94% of his wealth, according to entrepreneur.com, until he was 60.

In fact, according to BusinessInsider 99% if his wealth came to him after he turned 50!

You can make it at ANY age. This bit of information did inspire me to continue to chase my dreams and be patient for whenever my time is. Warren Buffet is a prime example that you are never too old to be successful.

5. Warren Buffet is Obsessed With Coca-Cola

According to insiders that have worked with Buffet, he eats like he is in kindergarten. He has stated that he drinks a minimum amount of 60 ounces of Coca-Cola a day.

This man has horrible eating habits, and yet he is 88 years old! He eats a lot of sugar and high sodium foods. His favorite food seems to be ice cream. Interesting, huh?

6. Buffet Is An Investing Legend For A Reason

Warren Buffet isn’t just considered as an investing legend just because he ’s at it for so long. He is an expert at what he does. An interesting fact about Warren Buffet is that he has the LONGEST streak of beating the market. He is the best in his field, and he gets credit for it!

7. Warren Buffet Is Not Big On Technology

Maybe it’s because of the era he came from, but he did not migrate with the times concerning technology. He doesn’t have a computer on his office desk at all and the most technological device at his office is a landline telephone.

Warren Buffet doesn’t even have a smartphone. He has a Nokia flip phone! It’s incredible to think how successful he is without any of the devices and technology we put so much stock in as an aid for him.

Reasons Why You Must Buy a Drone This Year and How to Find the Best One?

The one scandal in Warren Buffet’s life was in 1964 when a business agreement was made between Buffet and the CEO of Berkshire Hathaway at that time.

According to gobankingrates.com, the Berkshire Hathaway offer came at a simple 12.5 cents per share lower than what the two had agreed.

So, in response, Hathaway bought a controlling share and then fired the CEO!

I bet no one ever tried to play him out of a single cent of money ever again.

A lot of people as wealthy as Buffet have a bad reputation for being selfish or less than charitable, or at least that is what is assumed on the outside. However, Warren Buffet has given away over 27 billion dollars in the past ten years and is a known philanthropist. It goes a bit further.

In 2006, Buffet announced that he intends to give 85% of his wealth to charity, the largest contribution would go to Bill and Melissa Gates Foundation.

He wanted his money towards doing good, not just keeping his lineage wealthy. I suppose he raised his kids right because none of them feel entitled and completely support his decision. It just makes him even more inspiring!

10. Warren Is Always Confident In Himself And His Success

Warren Buffet knew he would be a success. He made his very first investment when he was 11, and he never stopped working towards his dream.

Even as a teenager, when he was making $175 per month, he knew success was destined to be in his future.

He had failures, and his father-in-law told him that he was going to be a complete failure, but nothing anyone ever told him phased him. He said in an interview years ago,” I knew I would be rich.” And he was right.

The more you learn about Warren Buffet, the more you could learn from him. The man is wealthy and successful, but still is humble and kind and wanting to do good for the world despite spending almost 90 years in it through all of the fooleries it has done. He put in the time and hard work, and no matter how many doors closed in his face, he just walked through the next one instead. 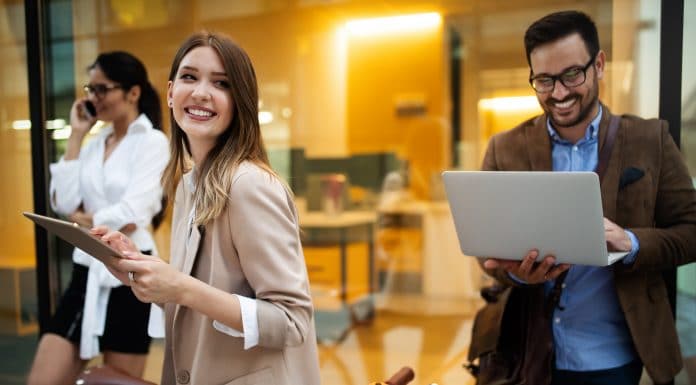 Rikki Parker
Do you often tend to forget names of people/things when recollecting old incidents? Did you know that experiences of frequent memory loss can be the first signs of dementia? Although there's nothing to be alarmed about, taking care of cognitive health is as essential...
Read more 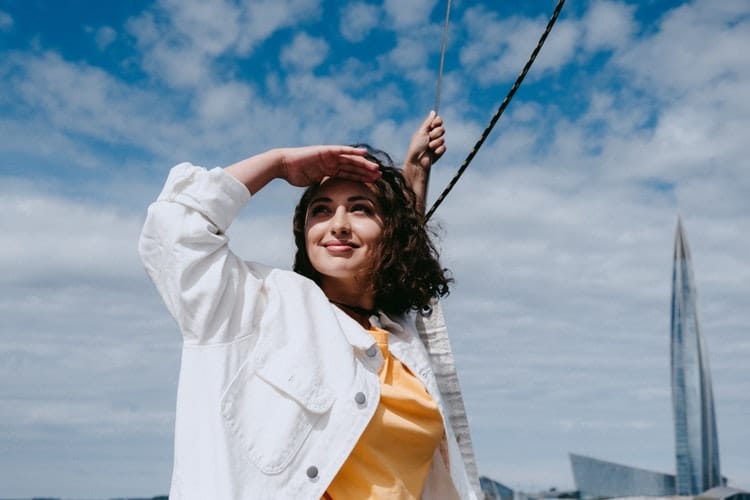 Rikki Parker
Did you know that our mind has the ability to change the brain and the way it functions? Scientists call this behavior neuroplasticity. Do you feel stuck in life and are frightened to take action? Are you having difficulty seeing visible changes in your...
Read more 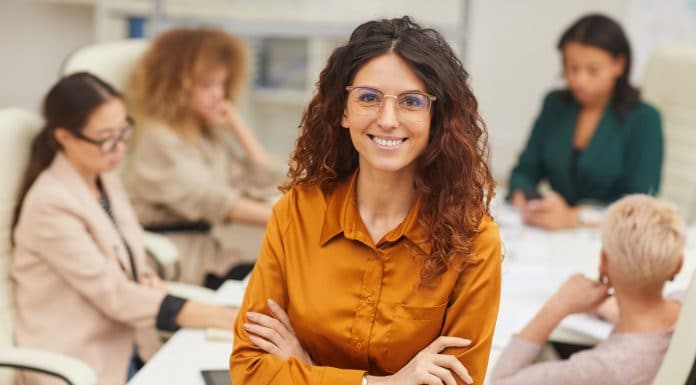 Rikki Parker
Self-sabotage is a behavioral pattern where one actively or passively delays reaching their goals. It is a pattern where one incessantly fails to commit to a task. If you ever found yourself constantly stalling at reaching your personal or professional goals, it's more likely...
Read more 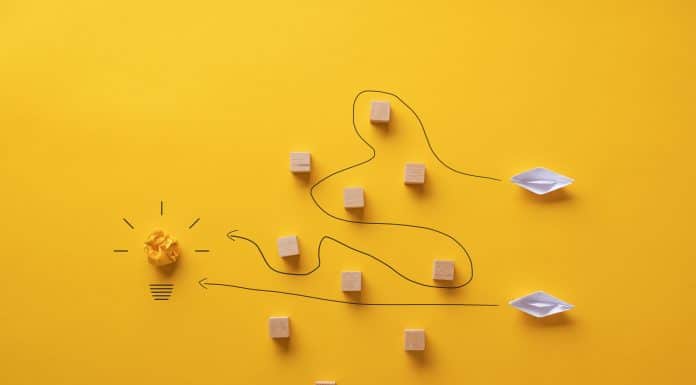 Nihar B
Do you feel like you're stuck? Are you not making progress in your life? Perhaps you see a slight improvement in your life or career achievements when you reflect on the last five years. Or maybe you're having a hard time trying to pursue...
Read more 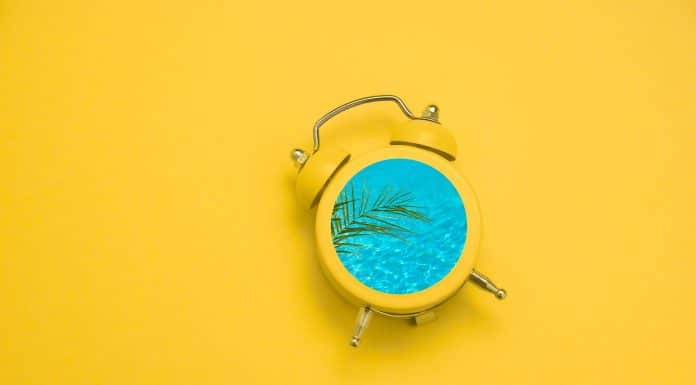 Nihar B
Have you wondered how successful people start their day? Imagine you also start your day just like Bill Gates and Warren Buffet begin theirs. Do you think you could be as successful as them? Well, the answer could be 'yes.' For that, we need...
Read more 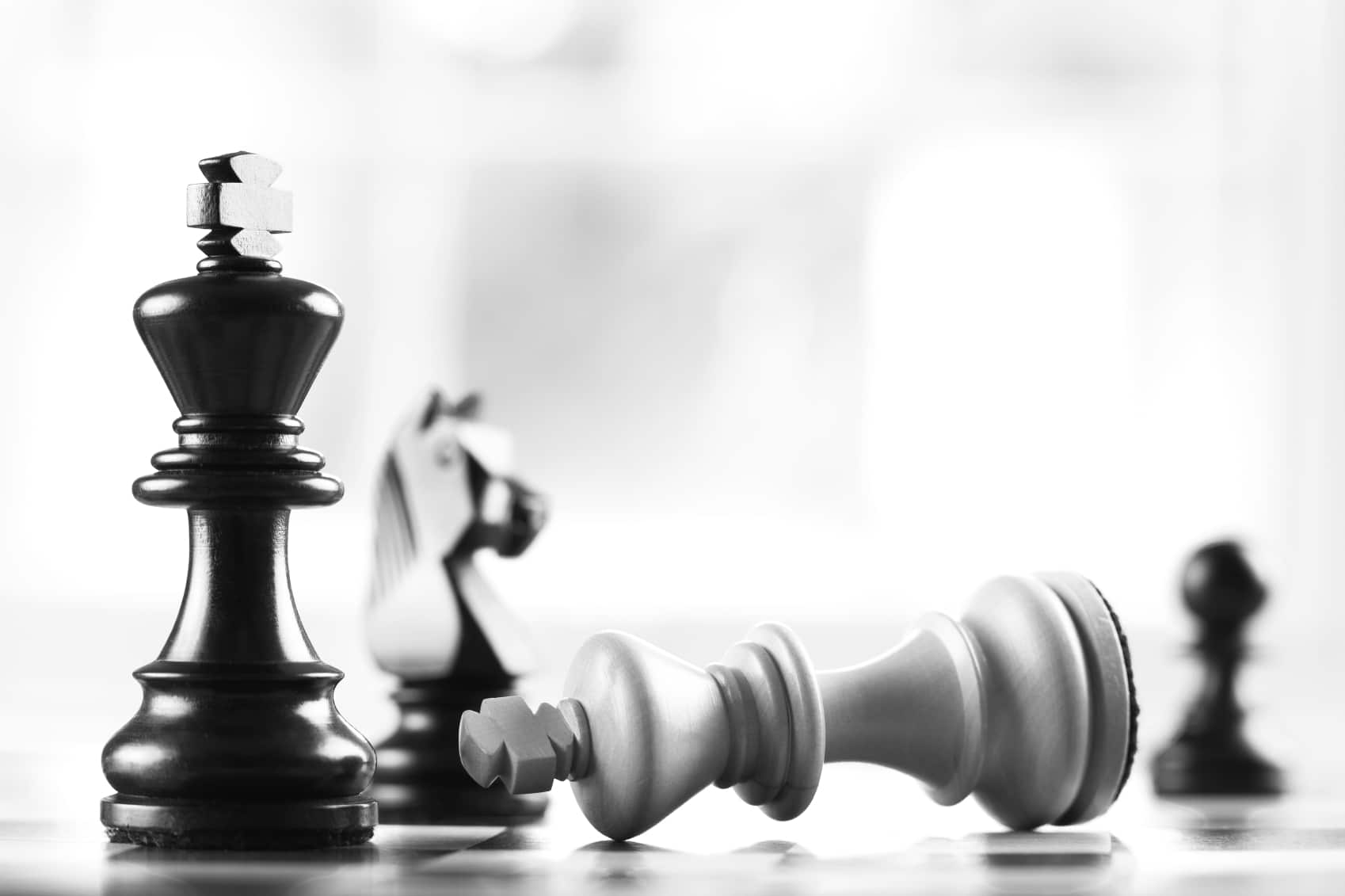 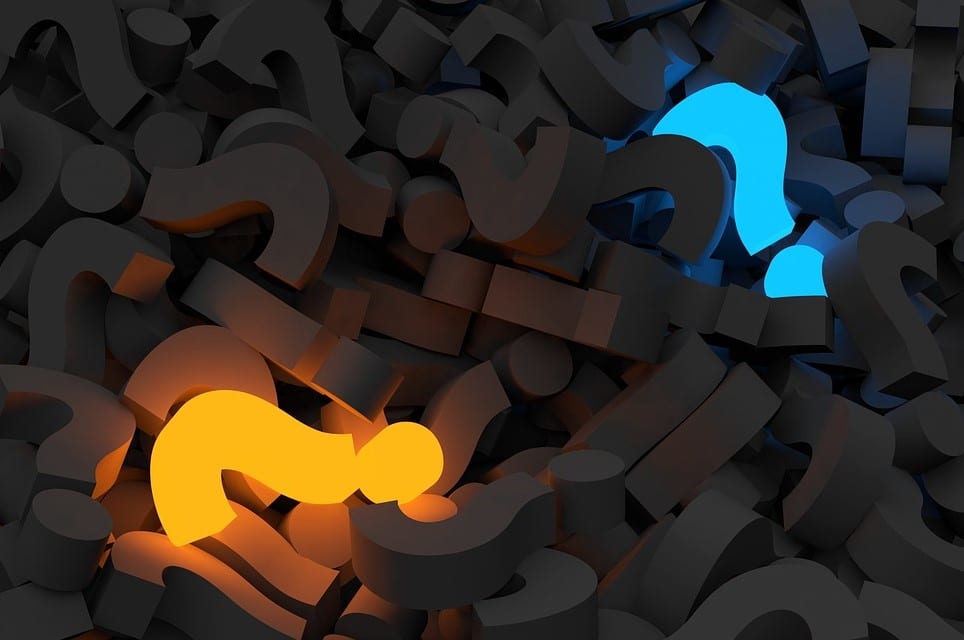 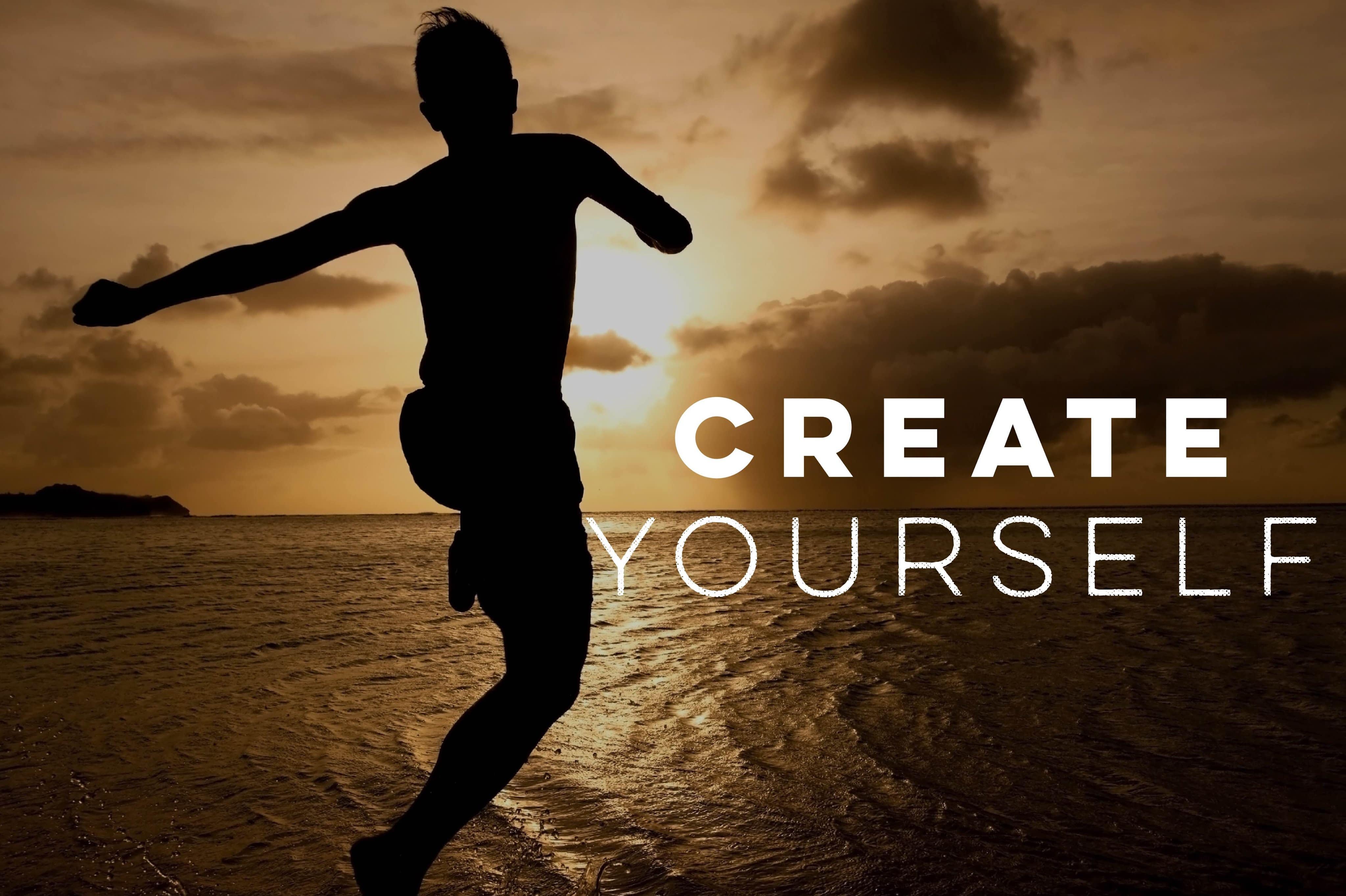 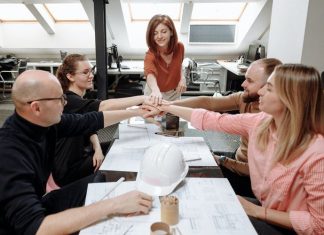 Nihar B
Did you know that leadership is one of the top skills that every employee must have? For students or a working professional, leadership skills are a must for career growth. If you want to...
Read more
- Advertisement -