First of all, why should I deal with the topic of how many moons does Earth have? We can all see it almost every night, and it is only one. However, we cannot see everything that is out there in space. And many researchers or mere amateur astronomers have wondered: could there be other moons out there? And if they exist, how does this influence Earth?

What We Know: A Few Moon Facts

Before I start speculating (and bringing proof) about other moons, here are some facts about the moon we all know.

First of all, although we know it as the moon, this is not its real name. The French call it “la lune,” the Germans “die Mond” and the Italians “la luna.” So it gets a bit confusing when each nation calls it differently in its language.

Then, what is the name of the Earth’s moon? Scientifically speaking, it is named Luna. That means that the French and Italians are closer to its real name than English and German-speaking people.

Other interesting moon facts (or Luna facts, to be more accurate):

How Big Is the Moon? 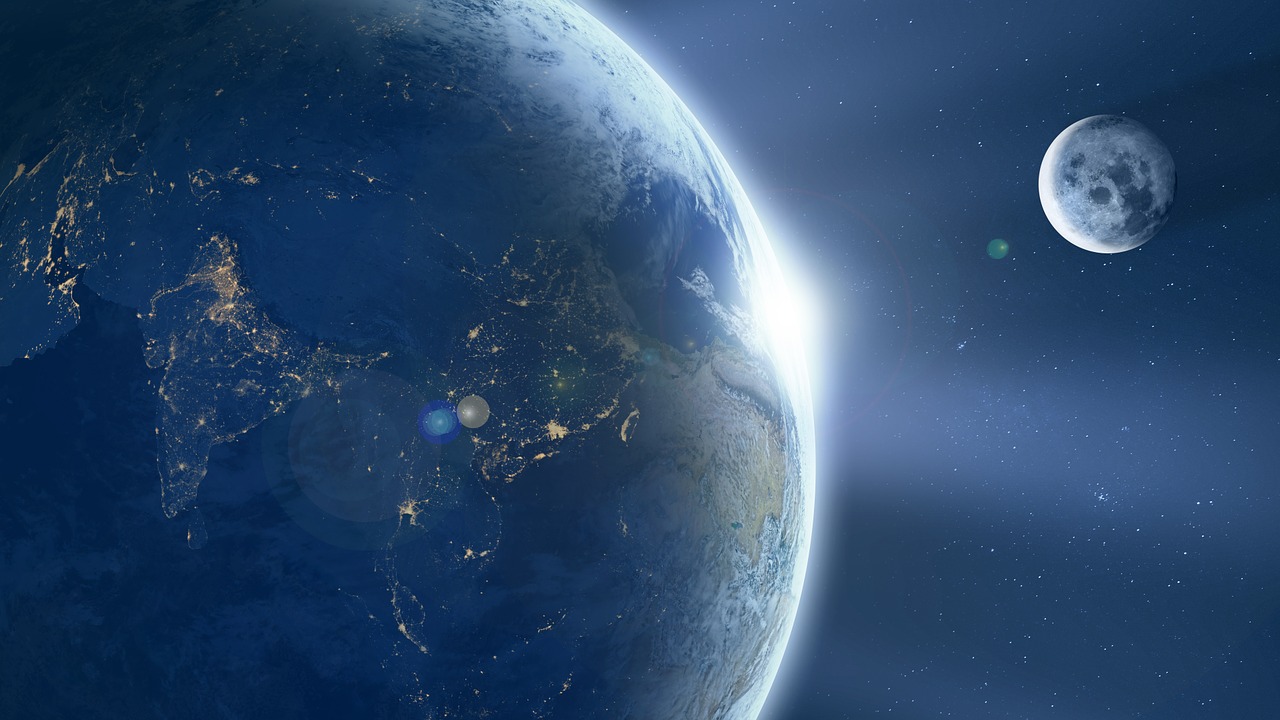 Let me continue with other interesting moon facts. Luna is also extremely tiny compared to Earth – it has only 0.01 of the mass of our planet. By direct connection, the gravity of the moon is also smaller – only 0.17 of the Earth gravity.

This is why you saw Neil Armstrong having a hard time keeping both feet on the surface of the moon during the historic Apollo mission broadcast. Also, you have to consider that Armstrong’s spacesuit weighed nearly 82 kg. However, on the moon, its weight felt a mere 1.3 kg.

If you are dismayed by reading the numbers about how big is the moon, you should know that it is still the fifth largest satellite in the solar systems. The ones bigger than our Luna orbit around the two massive planets that dominate our system: Jupiter and Saturn.

Other Moons in the Solar System 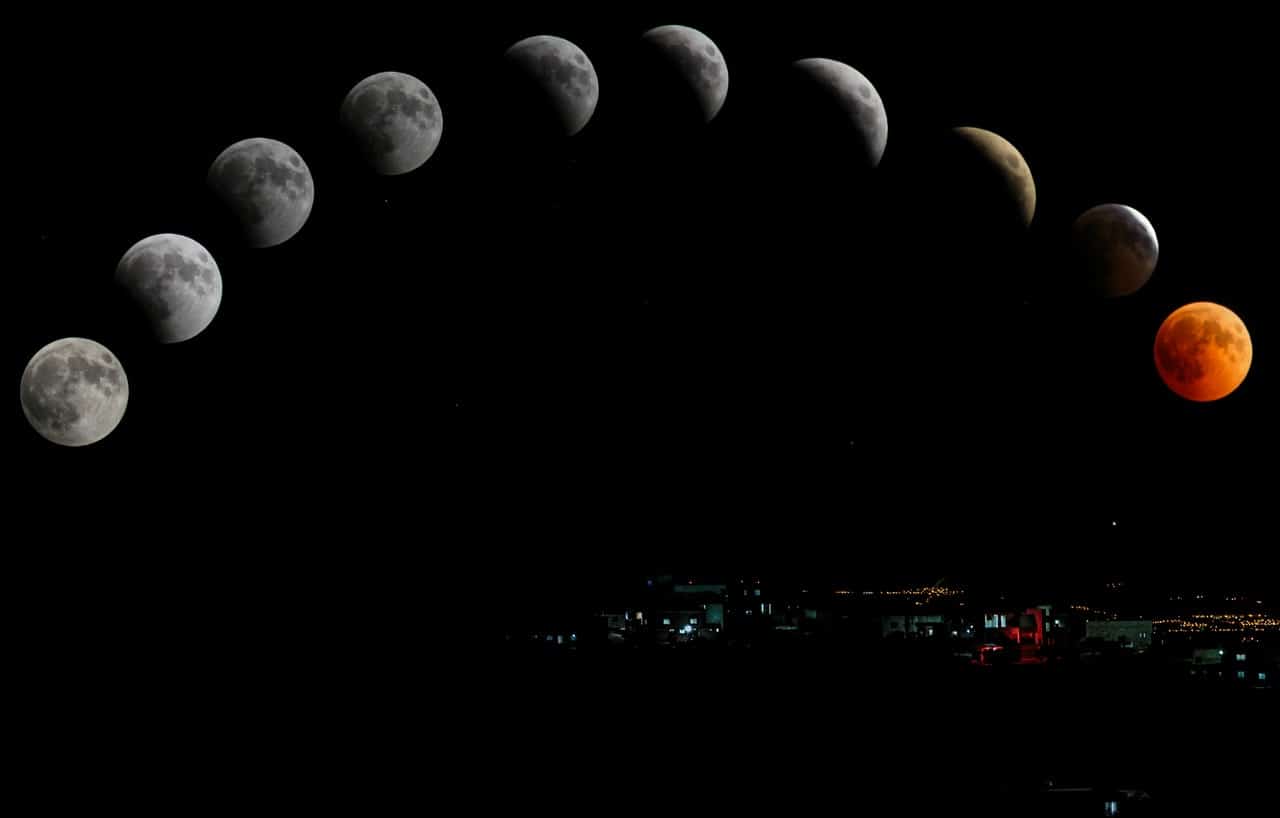 Our moon is, thus, not a unique occurrence. Moons (also known as satellites) are small celestial bodies that wandered into our Solar System. They are the result of collisions between larger planets or the aftermath of a quasar explosion.

As they drift along the space, they eventually get trapped in the gravitational field of a much larger planet or star. Thus, they start orbiting around them forever – or until the celestial body keeping them trapped is also destroyed.

So, how many moons does each planet have in our Solar system? The answer is quite a lot. Here they are ranked from the top down:

Mercury and Venus do not have any moons. And Earth, as we all know, only has one moon. Or does it?

So, How Many Moons Does Earth Have?

To answer this question, I have to separate fact from fiction. There were many hoaxes over the years. There were also fake extra moon findings by people who genuinely believed in their discovery.

Other falsely identified secondary moons of recent years were proven to be discarded parts from the launch of various navigational satellites and space missions.

To answer how many moons does Earth have, I will use a chronological order of valid discoveries and what they really are.

In the middle of the 19th century, French astronomer Frederic Petit announced that he discovered a second moon.

At that time, Petit was the director of the Toulouse Observatory, thus a genuine scientist.

He did not actually see this putative moon; rather, he inferred that it existed based on the perturbations in the movements of Luna. So far, no one has managed to capture Petit’s moon in telescope images.

Dr. Georg Waltemath, a scientist from Hamburg, Germany, announced a discovery of a system of tiny moons. Like Frederic Petit before him, Waltemath based his assumption on the perturbations in the gravitational field of the visible moon.

Twenty years later, in 1918 an astrologer (not an astronomer) named Walter Gornold claimed that he had identified one of Waltemath’s tiny moons. He described it as being dark and named it Lilith.

While Gornold stated that he saw this moon crossing the Sun, he could not bring any proofs – and no one else saw it, for that matter.

See also: Is It Realistic That People Can Live On Another Planet?

HO3 is an asteroid discovered on 27th April 2016, by a space observatory in Hawaii. It is a quasi-satellite of Earth and quite stable compared to others. A quasi-satellite will stay in the orbit of a larger celestial body for a few orbital periods.

However, it will eventually fall down into the planet or drift away in space. At present, HO3 is still orbiting in the gravitational field of Earth.

The most recent and believable moon spotting belongs to a team of researchers from Hungary: Judit Sliz-Balogh, Andras Barta and Gabor Horvath. They published their findings in the Monthly Notices of the Royal Astronomical Society in Great Britain.

The researchers started from a claim made as far back as 1961 by Polish astronomer Kazimiers Kordylewski. He was the first person to observe the dust clouds he designated as moons.

Half a century later, the three Hungarian scientists have captured images of these dust moons, which National Geographic published in exclusivity. The science magazine quoted Gabor Horvath explaining the importance of this discovery:

“The investigation of the dynamics of Kordylewski clouds may very well end up being most important for space navigation safety.”

How many moons does Earth have then? It appears there is no single correct answer. Our planet has one stable and visible moon – Luna. There are also the recently discovered dust moons which, although invisible, could pose a threat to future space missions launching from Earth.

Also, various asteroids get caught in the gravity of Earth from time to time. They spend some time orbiting around our planet, then crash into it or drift away.

In the end, it all depends on how you define the moon: something you can see for yourself, or something that scientists tell you is out there, although invisible to the eye.

What is your position in this debate? How many moons does Earth have from your point of view? Do you know any other interesting facts about the moon? Drop your thoughts in the comments section.

Previous article
What Are Skyquakes? Do Skyquakes Cause A Sonic Boom?
Next article
Did Chandrayaan-2 Mission Discover The Biggest Secret of the Dark Side of the Moon?

We are what we eat, and this is demonstrated by researches and studies that show a link...
Read
Technology

Human nature is deeply rooted in taking sides. It is best seen in sports matches and competitions,...
Read
Self Development

The Science Behind How Your Brain Builds Habits

What is a habit, and how does your brain build habits? How long does it take to...
Read
Community

Expeditions are part of human history. At first, people wanted to be aware of the boundaries of...
Read