While many of us consider the concept of feminism being redundant, here I bring in front of you, the most exciting things either you may be unaware of feminists, or you are misunderstanding the concept of feminism. What does feminism mean? By definition, the term “feminism” can be termed as the range of ideologies and movements, including social and political that share a common goal: to establish, define, and achieve the equality of the sexes. In short, feminism means “gender equality.” So if you find feminist men around you, don’t be surprised. Here’s why you must understand why feminism is for everybody, and not only women. 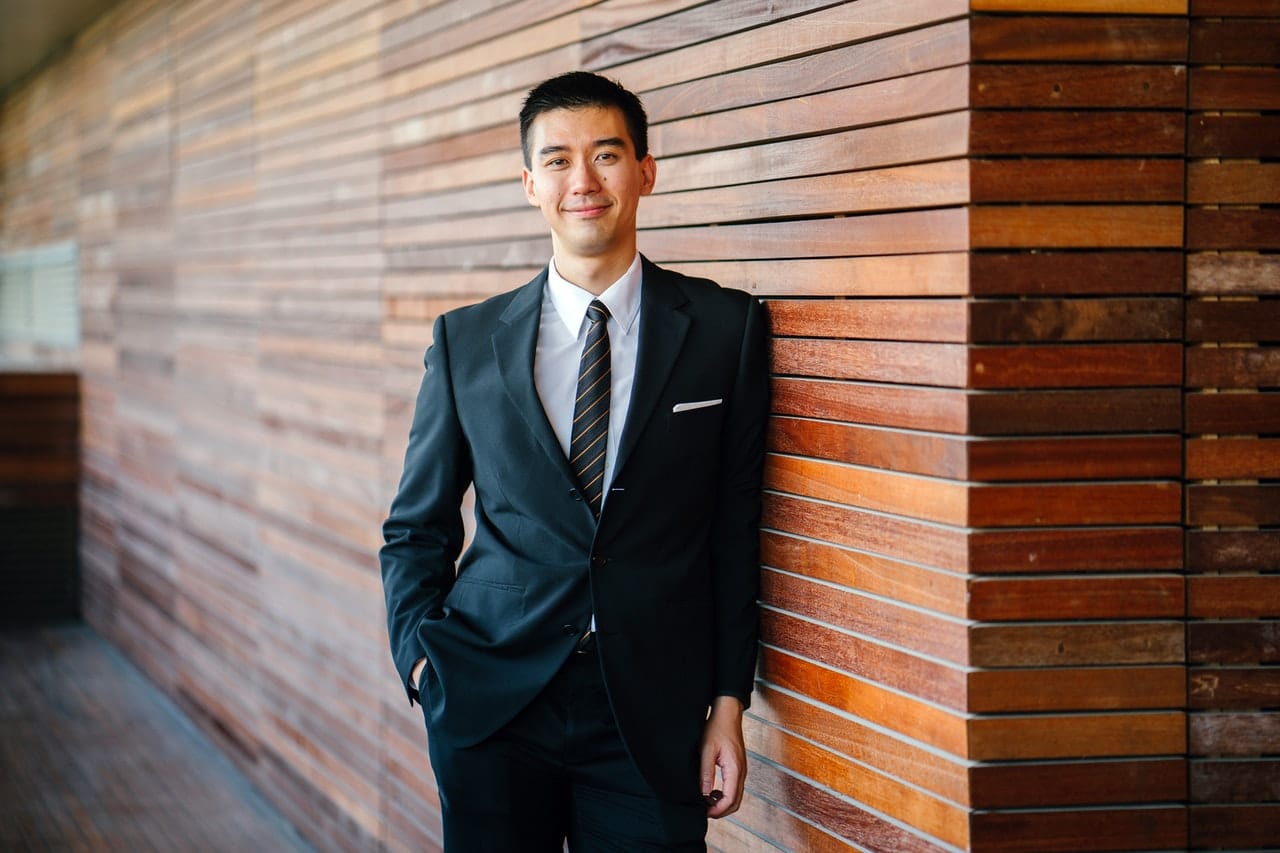 According to GlobalCitizen, here are some of the famous men who support feminism and are proud to be feminists.

Why Feminist Can Be Men Too!

1. Feminism is for everybody, Not only women

First and foremost, let us be clear. Feminism is for everyone. It can be men, gays, lesbians or anyone. It does not represent only for women. The term feminism means “gender equality.”

Being said that, you can scream out to welcome feminism, if your workplace does not offer promotions to men so easily. Or if you are penalized by the policemen quite often just for the sake that you are a man. Yes, you read it right.

Men can also fight for their rights in the name of feminism.

So PLEASE STOP “assuming that only a woman can be a feminist.” You guys can also be a feminist demanding more social benefits from the government as that of women. In that case, even men will be called as feminists, just, for the fact that they are demanding for gender equality.

2. Feminist do not hate MEN

Being a hardcore feminist, I do not have the mantra of being anti-men or so. Bitching about other men or preventing the growth of men cannot make women progress. Neither am I unhappy for their success and accolades. I do acknowledge and encourage them.

So we are not against men. After all, women tend to compete amongst each other rather than men. So you guys stay calm and do not complain that feminists are against the growth of men.

Men and women must be robust, sensitive and supportive of each other. No matter how unique both men and women are, togetherness increases their soul strengths.

A real feminist does not want to be anti-men, to be a pro-women. Emma Watson, for instance, is an active feminist, but you must be aware that she does not deny to embrace men. 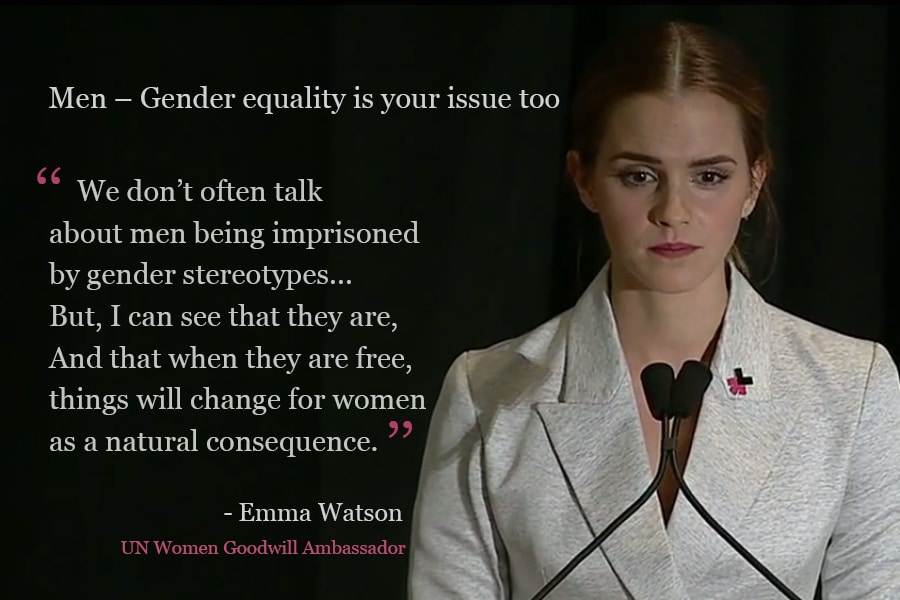 3. It’s a fight for freedom and liberty

Feminism is just not greater than the fact that women do want to possess rights and equality in their lives as that of men. Just as my brother is encouraged to pursue higher education, so am I, who wish to continue my passion and live my dreams.

That in no sense means that I do not want my brother to continue his higher education. No, I do not fight to abandon his liberty, rather wanting my liberty controlled to take a call on my life’s decisions and thoughts in action.

I don’t understand the fact of labeling women as less powerful, or they are not let do things on their own. For instance, women are forced to marry at a very young age than men; women are not allowed to work in many departments like that of men.

In spite of this fact, there are millions of women stepping into the most dangerous and challenging job profiles in the world, lest the world believes women are weak. Women are not paid equal to men in a lot of industries just for the fact that they are women.

So, a real feminist is fighting for these essential rights, to attain equality and ease the lives of other women in this world. Feminists do not believe women are superior to men.

If there is a gay movement, it signifies that gays are underprivileged in the society. Same is the case for the women movement, the so-called feminist movement.

All this is happening due to the fact of hidden misogyny in the nation.

4. Feminists are not sex haters

By now, you must be evident with the theory of feminism yet the most potent truth to be aware of, is the fact that feminists are not sex haters. They do not disagree to get married, settle down with family or to have an active sex life by their own will and not being forced by someone. Someday I can choose to give up my job, but that doesn’t mean that I am no more a feminist. I decide to take care of my kid, and I am happy about it.

There can be a lot of diverse nature of feminists. Women who are feminists can be a single mother or happily married with a partner, they can be sexually more attractive, or they can wear a veil, they can be a pop star or a nerd scientist, they can be religiously faithful or a complete atheist.

So there are millions of types of feminists. You cannot define feminists to be of a particular genre. What is common among all these women is the fact that they want gender equality.

Of course, not all men are sexist, and not every single woman will be against it either.

5. Not Every Women is a Feminist

But yes some men and women know what exactly does feminism mean and still do not support or fight for it, then it’s his/her choice. We, in this world, cannot force someone to be something. There must be a cause within their heart for being on the same page as others in the society do.

So let’s stop fighting each other if we are in support or against feminism. According to me its just a label which few accept while few deny. But within our souls, everyone wants to have equality, love for each other.

Adding on to it, there yet great men on this planet who want their women to be successful, more powerful and insanely intelligent. I thank all those men who understand the need for women’s rights and independence. So if you ever want equality and fair rules for every gender on this planet, by all means, go ahead and call yourself a feminist.

Equality and empowerment for women are as important as they are for men! Do not hesitate to drop your comments below. We love to hear from you.

Subscribe to us for free by submitting your email address above this page and do not miss any of our posts. Thanks for supporting #alignthoughts.

Solo travel is simply the act of traveling without a partner unaccompanied by children, spouse, or friends....
Read
Mental Health

Mental Health Benefits Of Laughter. Why Laughter Is Good For Your Mind And Health?

Laughter spreads happiness. Laughter and health are like salt and pepper on the table. Couples who share...
Read
Physical Health

So far, cancer has been one of the deadliest diseases amongst human beings, next to Covid-19. According...
Read
Relationship

Finding ourselves lost and feeling empty after breaking up with the person who once meant the whole...
Read