How Important Is Java In Our Everyday Lives?

Java revolutionized modern programming by combining useful features found in other programming languages and made them available in one piece of software. Java supports a wide array of data types, including byte, float and double.

Everyone stumbles across Java at least a few times a day. Here is how people incorporate Java in everything from office programs and mobile apps to social media, and more.

With more and more people switching to mobile devices, companies are also looking to expand their businesses through mobile apps. Unlike Microsoft and Apple, many mobile phones, particularly Android devices, run on different hardware platforms.

Java is flexible enough to support them all. This means that most, if not all, Android apps are written in Java with Google’s Android API.

Java can cover many departments due to its scalability. Big e-commerce websites like Amazon and Wayfair, rely on Java to scale their sites when new products are introduced to their warehouse.

Invensis notes how Java’s easy programming and high security have allowed the government, healthcare, insurance, education, and several other industries to develop their web applications in the software’s language.

Chron states that Java can be used to create small, interactive programs embedded within a web page such as weather tools, buttons, and widgets called Applets. Java Applets can also be used to display larger programs like games.

Though Java Applets are not as popular as they were back in the early 2000s, it is still something that is created by using Java. And something you are bound to see every time you browse the internet.

Many useful software tools are written and developed in Java such as Eclipse, IntelliJ Idea, and NetBeans IDE. Gradle is a Java written tool that can help in developing anything from mobile apps to microservices and is suitable for all types of enterprises. Popular open-source databases like MySQL are also supported by Java.

Given its wide range of applications, there will always be a demand for professionals who are proficient with Java. Yoss shows that freelance Java developers are highly sought-after by firms across different industries.

Nearly 90% of the Fortune Global 500, the world’s 500 largest companies, rely on Java developers to create their business tools and applications.

Java will continue to evolve to adapt to the rapid advancements in technology. New Java releases will include improved API integration, switch expressions, pattern matching, and raw string literals.

Java has also opened its doors to partnerships with other organizations like OpenJDK and Jakarta EE. These partnerships can extend the reach of the Java community.

Not only is Java a valuable programming language. However, it blends in today’s technological narrative. This shows how technology will unfold in the future because of Java.

Which is your favorite programming language? What is the best thing about Java that you like? Tell us more in the comments section below. We’d like to hear from you.

Previous article
How Smart Are Honey Bees?
Next article
How Close Are Computers To Mimicking The Human Brain? 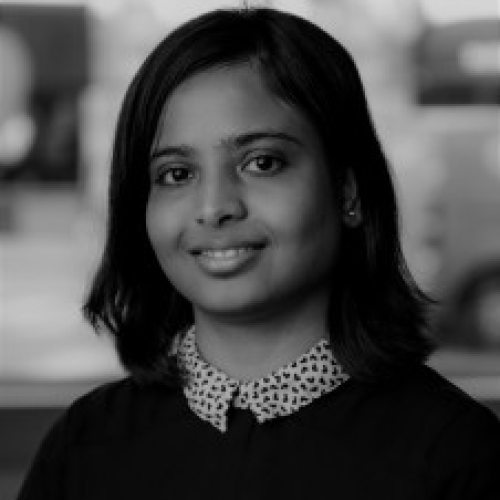 Nihar B
With a decade of experience as a woman in tech, Nihar has worked with a range of companies from Fortune 500 corporations such as IBM, Accenture, Ericsson to H&M Group. Her diverse work-life enables her to share her knowledge to develop, grow, and succeed both professionally and personally in today's ever-changing world.

Especially after the pandemic hit, employees have realized the value of life beyond a hefty paycheck. Companies...
Read
Vacation

Travel Guide And Tips To Plan Your Trip Around The World

"The world is a book and those who do not travel read only one page."  Don't you...
Read
STEM

What Are STEM Fields? Why Do More Women Need To Choose a STEM Career?

As the world advances, human exploration beyond our imagination is continuously evolving in tandem. Especially the STEM...
Read
Career & Work

Did you know that leadership is one of the top skills that every employee must have? For...
Read

The future looks bright with massive opportunities which hold the right skill set and education. With machines and humans working...
Technology

"Innovation is where imagination meets ambition," but it can also meet humor and failures at times. Some inventions in the...
Advertisment

While the traditional route to becoming a software engineer is to pursue a degree in computer science, the opportunities we...
Technology

Artificial Intelligence (AI) refers to the learning and problem-solving ability in modern-day technology and machines similar to the human mind....
Students

College life is the most memorable time of every student's life. You meet so many people, participate in college fests,...
Students

For many, a college degree or formal education can open closed doors. However, it may not be the only door...