Our lives have drastically changed over the past 50 years. And this significant change has come about due to advancements in technology. Every day, new inventions or new technologies make their way into the market. These technologies have made our life simple and straightforward.

In 1999, Ross Geller, from the famous series Friends, shared a story of the future, which at the time, everyone laughed at. He told Chandler that in the future we would be able to upload our brains to a computer and live forever. In 1999, this seemed ridiculous and something that wouldn’t happen for centuries, but it’s a lot closer than that. Today, most of the things across the world are digital. Schools have started emerging where a teacher isn’t required to teach students. Restaurants with machine (robot) waiters have come in various parts of the world.

According to research, the future has lots of robots, few jobs for humans.

In many fields, the tasks previously performed by humans have now been taken over by machines. For years, researchers have been hard at work on a concept that sounds like something out of an ambitious science-fiction movie: computers that mimic the functions and structure of the human brain. It is no surprise that machines are now close to simulating the human brain.

Do AI Robots Like ‘Sophia’ Signal A Threat To Humans?

Through the years the features of our computers have improved. Our computers and mobile phones now have our very own assistants, (Siri, Cortana, and Google Assistant) who can follow our orders and perform our tasks. But the question is how close computers are to mimicking the human brain?

Are We Heading Towards Computers That Can Think & Make Decisions? 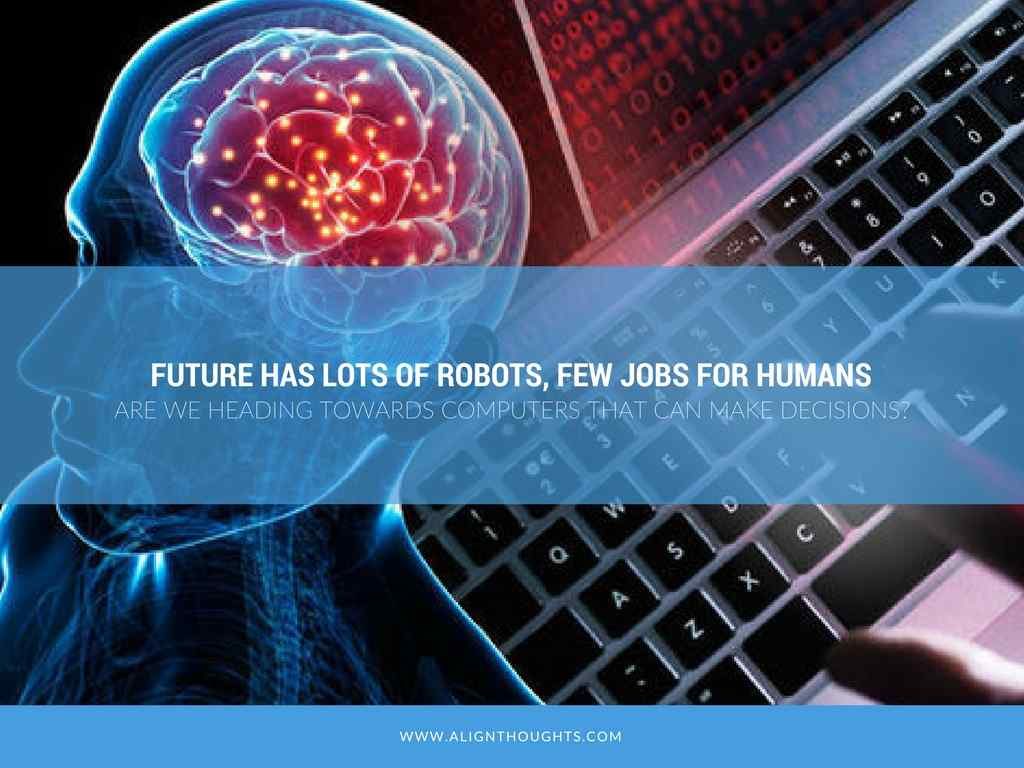 Currently, our standard computers can perform calculations, store data, edit videos and images, and do various other basic level tasks.

According to experts, distinct computers that function more like the human brain could complete a new range of functions like operating robots, sensors, or drones, and handling complex analytical tasks that standard computers can’t currently undertake. IBM (International Business Machines Corporation) says it wants to make intelligent computers that can make decisions like humans.

These factors may seem impressive, but we cannot deny a significant fact, that it’s pretty complicated to make a computer similar to that of the human brain. Our brain, as we all know, is very intricated having different layers. There are many parts and aspects of the human mind that we are not aware of yet.

Although the brain cannot match computers regarding the vertical storage and recovery of information, it has an unmatched capacity of associating different elements of information, to look ahead and plan, emotional intelligence as well as performing the artistic creativity that is at the heart of human existence.

Imprinting all these aspects on a computer would be tough. Currently, our computers can process images, recognize texts, calculate, store data, among many other things. But maybe way in the future, we will have machines mimicking all the tasks that human brains do.

Big IT giants like IBM have already come out with a brain-like computer chip that can simulate millions of the brain’s neurons and perform complex tasks using very little energy. IBM researchers aren’t the only ones building computer chips that mimic the brain.

A group at Stanford University developed a system called “Neurogrid” that can simulate a million neurons and billions of synapses.

However, IBM expert Modha states, “We’ve come a long way, but there’s a long way to go.” So as of now, computers are not so powerful enough to completely mimic the human brain which has 86 billion neurons.

In the year 2016, the number reckoned by most of the experts was 20 years, which suggests man will merge with the machine around the year 2036. Let’s buckle up and wait to see this fantastic achievement.

Whether this innovation is good or bad for humans and the earth is again a whole new story. Let us know your thoughts in the comments section. Share this article with friends and family across our below social media channels. Also, do not forget to subscribe to us for more posts.

Previous articleHow Important Is Java In Our Everyday Lives?
Next articleHow Can Augmented Reality Change Your Shopping Experience?

College life is the most memorable time of every student's life. You meet so many people, participate...
Read
Students

Teaching is one of the respectable jobs globally, and the qualities of an excellent teacher are beyond...
Read
Technology

How To Keep Yourself Safe From Social Media Stalkers?

It’s no mystery that the internet isn’t safe for any of us. It is not uncommon to...
Read
Mental Health

Does Switching Schools Lead To Kids Having A Higher Risk Of Psychosis?

School life is one of the most memorable times in one's life. When we look back and...
Read