Video games are something that every youngster loves. In this current age, video games have taken a totally new form. Previously our video games were limited to graphic games or 2-dimensional games. Slowly there was progress, and we were introduced to 3-dimensional games and also to various gaming systems like X-Box, Playstation, etc.

But today, if you peek into the world of gaming systems, we have virtual reality games, 9-Dimensional games, and so much more. The whole world of video gaming is no longer limited to entertainment. Rather, video gaming now aims at helping youngsters in so many ways.

Society doesn’t consider gamers eminent for their real-world usefulness. But that opinion may change with the course of time, thanks to a new wave of games that let players with little or no scientific knowledge tackle some of science’s biggest problems. And gamers are already proving their worth.

Video games, nowadays, are helping to solve many scientific problems as well as real-world problems.

These two sets of people may be worlds apart, but the common ground between scientists and gamers is that they both focus on solving a problem within a given set of rules. There are many gamers who spend hours playing online games. With the help of these video games, many scientific breakthroughs have been made, which has come as a surprise to so many showing the huge potential video games have.

In 2011, people playing Foldit, an online puzzle game about protein folding, resolved the structure of an enzyme that causes an Aids-like disease in monkeys.

Researchers had been working on the problem for 13 years. The gamers solved it in three weeks. This breakthrough came as a shock to the scientific community as to how substantial video games can be.

Another instance is when a video game called Planet Hunters helped to discover 40 planets that could potentially support life, all of which had been previously missed by professional astronomers. In yet another instance, video gamers have solved a molecular puzzle that stumped scientists for years.

A study has shown that the total number of hours spent by people around the globe playing games is 3 billion a week. Scientists are now trying to put these hours into their benefits.

Hence, more and more addictive games are being created to encourage gamers to play more. This will help in creating a larger dataset and also help to get more strong findings, which can be harnessed for science to prepare some rather impressive cognitive machinery.

These factors are effective or, in other words, applicable to professional gamers. But what about common people like you and me? 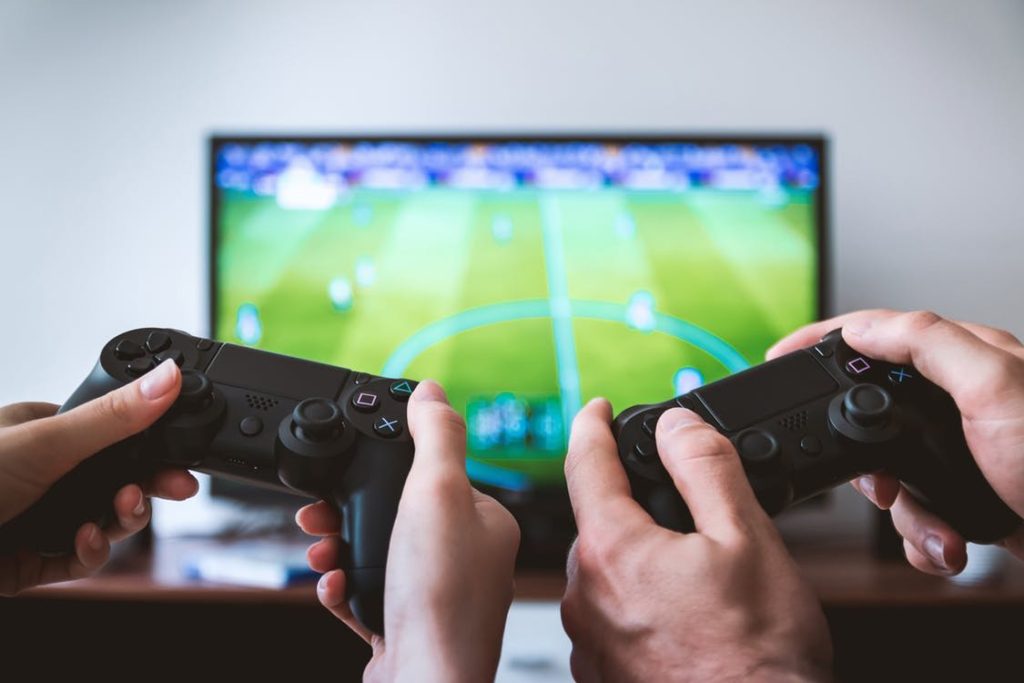 One of the biggest advantages of playing video games is it makes you think. No matter which game you are playing, whether it is Candy Crush or Grand Theft Auto, you have to face and solve various challenges. Sometimes you have to think outside the box in order to solve certain tasks or problems.

Not only do video games help to improve your problem-solving skills, but it also helps you to learn to make faster and right decisions.

A 2014 study published in Molecular Psychiatry by researchers from the Max Planck Institute in Germany found that playing Super Mario 64 caused an increase in the size of brain regions. Thus, it is safe to say that gaming helps to improve your mental ability.

Many health issues can be solved with the help of video games.

According to a 2013 study published in Cell, the effect that playing action games, like ‘Rayman Raving Rabbids,’ could help dyslexic children aged 7 to 13 years read faster, with no loss in accuracy.

Experts believe that because the gaming environment is constantly changing and requires intense focus and quick adaptability, dyslexic children benefit from it.

Another study showed that Multiple Sclerosis MS (a disease in which the immune system eats away at the protective covering of nerves) patients who played games requiring physical interaction while standing on a balance board displayed improvement afterward.

Many studies have shown that video gaming can improve vision as well as help in correcting lazy eye problem.

Through video gaming, you can build various traits like problem-solving, creativity, adaptability, leadership skills, critical thinking, etc. Many games have social network connections that help you to connect with new people and build connections in life. This set of traits will be very beneficial in the long run, especially in work life.

See this: How Millennials Are Struggling Between The Generation Gap And Progressive Lifestyle

Communication with your family will be improved, especially when you feel under pressure or stressed. You’ll feel more positive about your skills and will find interacting with others much easier.

Video games have benefited many people suffering from trauma and various other emotional problems. It can help you distract your mind from the pain.

You’re boosting the body’s natural ability to get rid of the pain that you feel. Your stress levels also stay to the minimum.

A study of laparoscopic (small slit) specialists found that those surgeons who played for more than three hours per week made 32% fewer errors during practice procedures compared to their non-gaming counterparts.

Video games can help educators seek ways to supplement classroom teaching. The content of certain video games can encourage people to read and to research, building their interest in history. You’ll improve your memory and decision-making skills, making it so much easier to tackle stress and problems in the home and workplace.

Share your thoughts in the comments section. Also, subscribe with us for more interesting articles and stay tuned.

Previous articleShould People Get Identity Chips Implanted Under Their Skins?
Next articleSeven Technologies That Are Approaching To Transform The World Completely!

What Is the Paleo Diet? A Beginner’s Guide & Paleo Diet Pros And Cons

Paleolithic diet or the stone-age diet promotes itself as the diet that not only excludes processed food...
Read
Relationship

The hookup culture is the latest happenings in college and among teenagers. If you are wondering if...
Read
Leisure

Do you know the psychology of cartoons? It's more than just colorful characters and good animation. Back...
Read
Physical Health

Did you know that improper ventilation and poor humidity can significantly decrease your indoor air quality? In...
Read