Rules are prescribed guides for action. When applied correctly, rules give children a feeling of predictability and regularity, encouraging physical and emotional safety. Rules aid in the direction of desired outcomes. Since there are rules for everything in life, how can a person learn these rules like a pro? Nobody likes rules. But we still have to follow them. Our whole life and existence are based on rules. Let’s give this a thought. The country we live in has a set of rules that every citizen has to follow. The schools we went to had various rules. Our parents have a set of rules in our homes about how we behave, what we eat, and where we go.

Friendship and love, too, come with a bunch of rules. Most importantly, we make few rules for ourselves because of our beliefs, ethics, and moral system. So this sums up, we are surrounded by various rules whether we like it or not. It is impossible to have a world without rules. Rules help in bringing order to society. However, every rule is designed for a reason. Rules are created to protect the status quo — not to spur innovation. People in power establish rules, and those people have a vested interest in staying in power. But at the end of the day, following or breaking the rule is a choice each person has to take.

If you cannot adjust to the rule and cannot break it, you can change the rule. Well, this is obviously not as easy as it sounds. But, as mentioned earlier, to change the rule, you need to get to the top. And the way to reaching the top is through the rules. 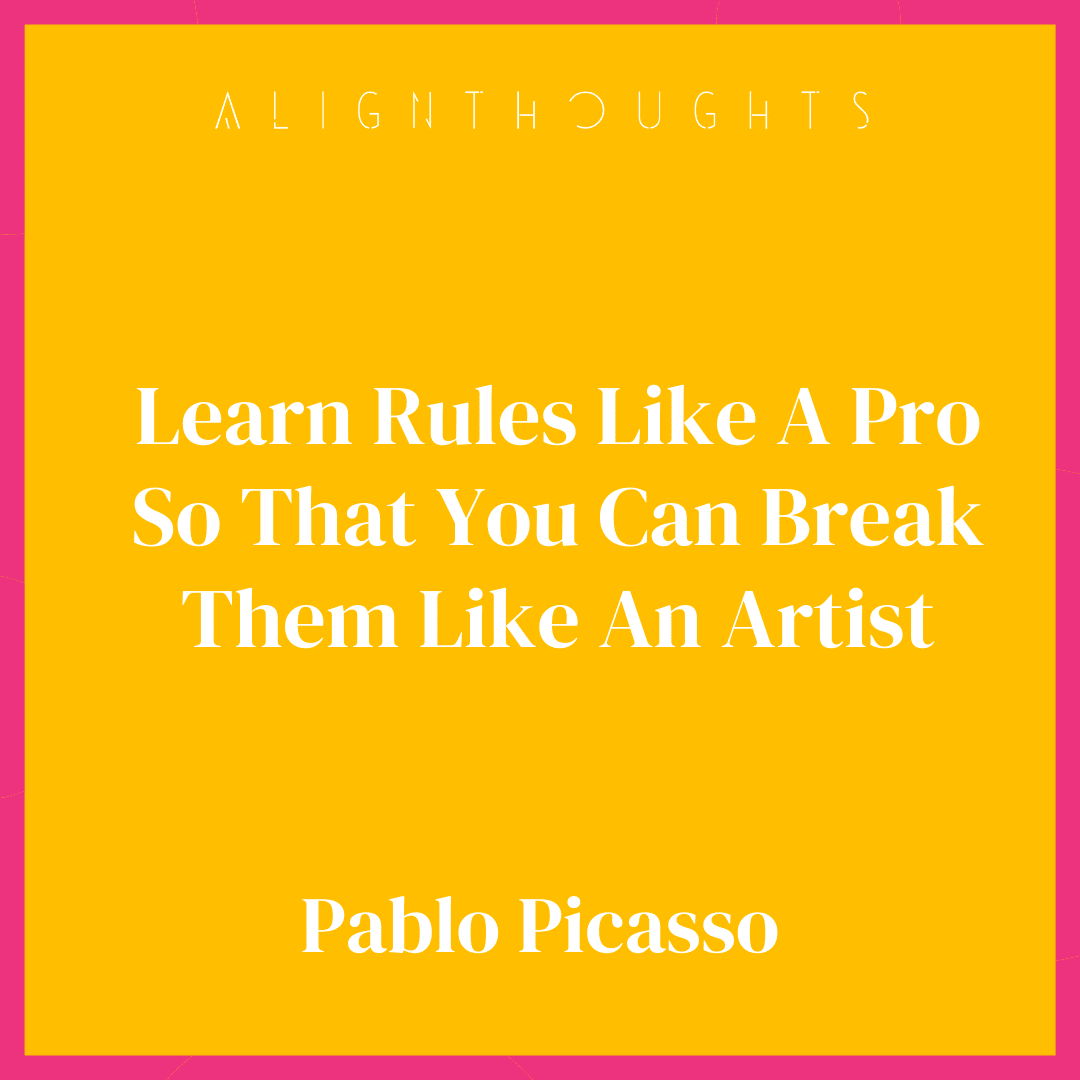 As Picasso says, “Learn rules like a pro so that you can break them like an artist.”

While some rules may help people flourish in various aspects of life, others may bring people down. Unfortunately, people are taught some hard and fast rules that are “supposed” to be followed by hook or crook from a young age. But why should we learn rules, to begin with, and how do they benefit us?

Believe it or not, by following the rules, a person can do many things in life. They can reach the top of the world. The following factors can help you learn the rules like a pro:

Why Must People Follow The Rules To Break Them

Adolf Hitler says, “If you don’t like a Rule, Just Follow it. And, then, reach the Top And Change the Rule.” 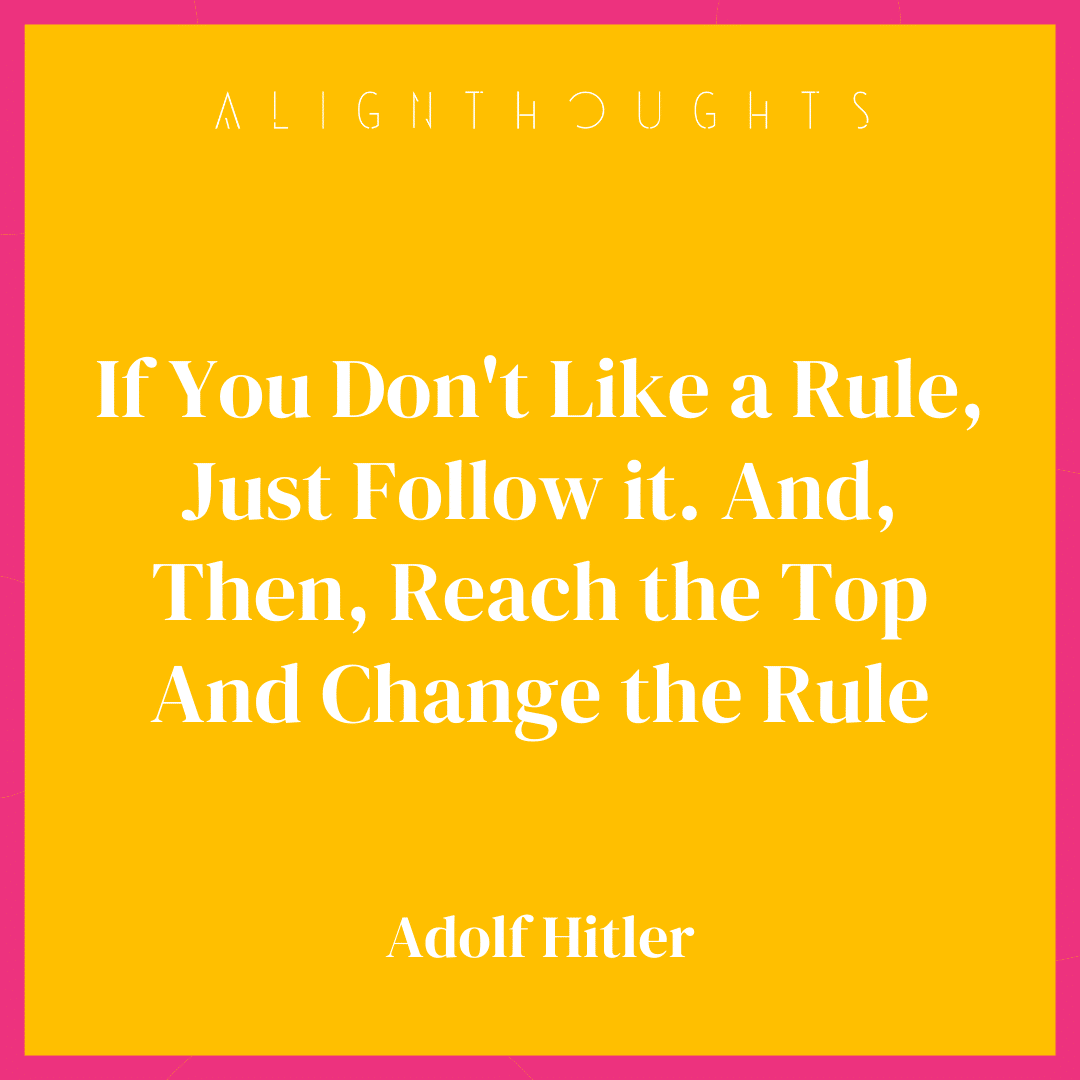 The only way to change a rule is to follow it and reach that authoritative position. Changing rules from a lower position or without any authority isn’t easy in any way. If you rebel from a lower level, you may end up getting in trouble. So the best thing to do is have a strategy to reach the top by following the rules. Once at the top, you can bring about the change that everyone had been waiting for.

We have lots of examples of people who worked their way to the top and changed the rules. For example, looking at famous personalities like Micheal Jackson, Queen, John Lenon, Bob Marley, Jimi Hendrix, etc., brought about a huge change in the field of music. But to get to that point, they had to follow a few traditional music styles and rules.

According to a report by NCBI, the greatest advice for efficiently violating a rule is to keep the associated task set implemented as strongly as possible, which may be accomplished by using it frequently and recently.

How To Tolerate Rules? 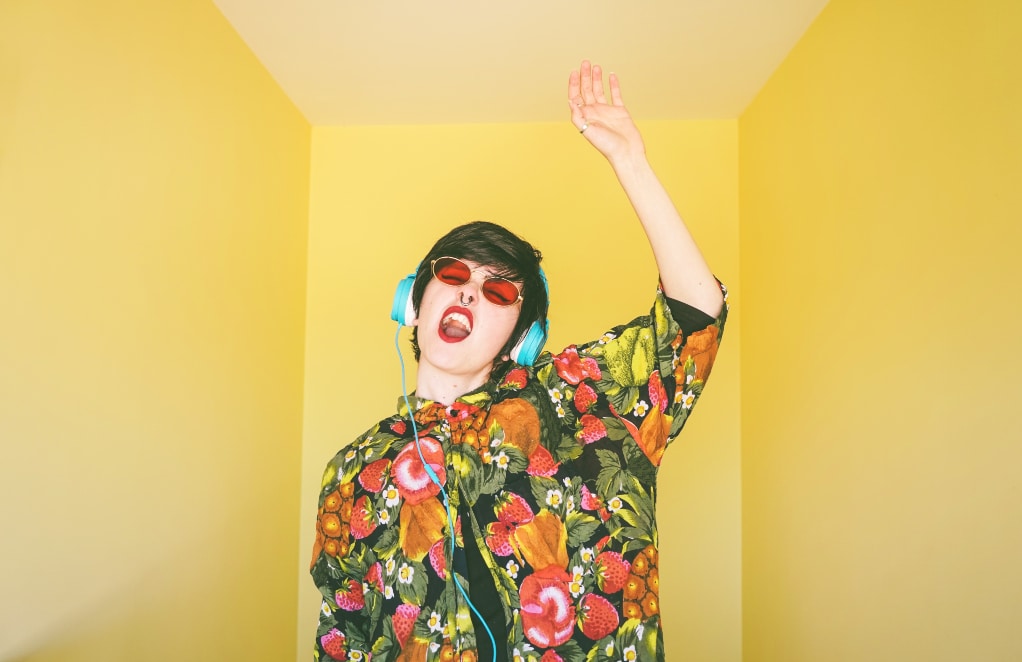 If you are someone who cannot bear with the existing rules, here are few tips for you to handle and tolerate rules till you reach your goal:

Firstly, keep calm. If you hate it, try finding a way around it. When it comes to institutions or countries, some rules are difficult to change because of their association with the lifestyle of many. Don’t go around preaching your hatred towards it. Be careful of what you say and do.

Make sure you don’t get selfish. Sometimes to bring about a change, you need the support of others. If you go around making enemies everywhere you go just because you have a different perspective, it will do more bad than good. On your way to the top, make sure to build friendships and have many people by your side.

If you hate some rule, there are better ways to reason it and explain it to others. Respect other’s opinions too. Don’t go about spreading hate speech or getting aggressive with anyone just because you cannot bend the rules.

4. Have A Proper Strategy

Plan what kind of change you want to bring and how you plan to bring it. Have a strategy in mind. This will help you to have a clear picture of your goal and focus on it.

Make sure the change you bring will be a positive one and favorable to everyone. Think smart at each and every step. Read a book, surf the internet and ask for advice regarding your plan or new rule.

Why Should We Re-Write or Perhaps Break Some Rules? 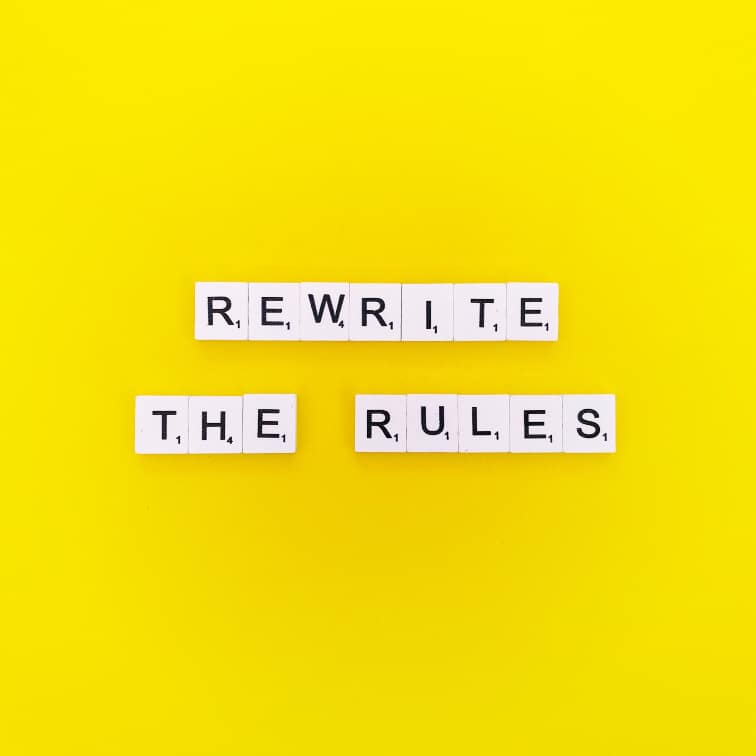 Not all rules we are conditioned to learn are equal. As time is changing and humans are moving forward, some rules should be changed for the greater good of humans. Some were made to control people, while others were designed at different times. A few rules and regulations are black and white, while others can be interpreted in a variety of ways.

Breaking the rules that restrain humans and disable them from doing things should be broken by people as it is done with a good intention.

On the contrary, sometimes breaking the rules can also affect us greatly. For instance, if we break the covid-19 rules and regulations, it will affect the entire human community.

This is where we need to make informed decisions. Then, we need to reflect on the rules to see if they are good for us or bad.

Some rules are nothing but old habits and traditions that people are afraid to change. Breaking old habits, changing rules and traditions denote that we are getting outside of our comfort zone, growing, and evolving as a society. So, as Picasso said, “Learn the rules like a pro so that you can break them like an artist.” What are your thoughts on this? Share this article and subscribe to us for more awesome content.

Key Takeaways On Follow The Rules To Break Them

What Are The Advantages Of Following Rules?

What Are The Disadvantages Of Following Rules?

Previous article
The Downsides of Perfectionism and How to Overcome It?
Next article
Growth Mindset vs Fixed Mindset: How Cultivating A Growth Mindset Can Take You To The Next Level?

How to Protect Yourself From Being Scammed?

Money has become the alpha these days. Everyone is running to make sure that they can collect...
Read
Physical Health

Staying healthy is a primary thing we must all be concerned about in life. The World Health...
Read
Self Development

Reasons Why Lifelong Learning is the Only Option to Thrive

Be it for career growth or to feel content in life, continuous lifelong learning is a key...
Read
Self Development

Key Roles & Qualities Of A Mentor: How to Find Your Next Mentor?

Are you looking for mentorship? What are the true responsibilities of a mentor? Do you realize the...
Read