Today, technology has taken this world by storm. Everything we have around us is a result of innovation. Our lives today would be impossible without technology.

When we talk about software development, the first thing that pops into the minds is that it is a male-dominated field. Little do we know about the amazing women who have made many important and lasting contributions to programming throughout the decades. From the dawn of processors today, women have designed and developed programming languages that have had a significant, lasting impact on software development.

Today in this post, I would like to highlight a few such women who helped bring about a major change in programming. 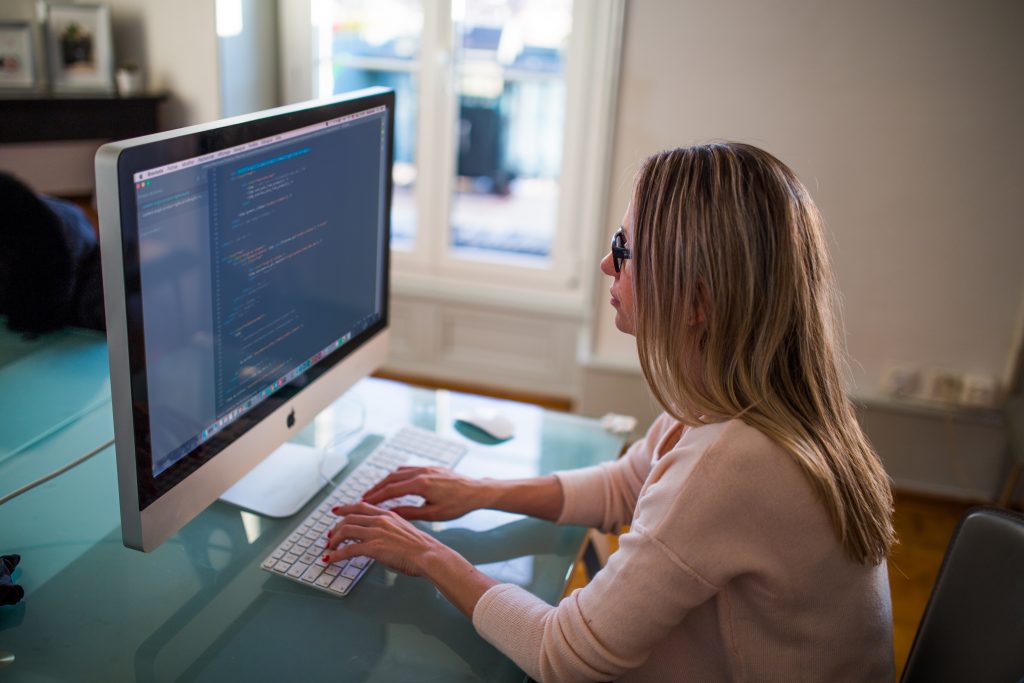 In 1950, Kathleen Booth created the assembly language (a low-level symbolic code programming language for a computer). She also designed the assembler for the first ARC computers at Birkbeck college in London.

Assembly language was developed to make computer programming easier and more reliable. She also worked there and taught a programming course.

Grace was one of the first programmers of the Harvard Mark I the computer and invented the first compiler for a computer programming language. Hopper also led the team that invented COBOL (Common Business-Oriented Language), the first user-friendly business computer software program.

An American computer scientist, Jean Sammet, developed the programming language called the FORMAC, which was the first widely used computer language for symbolic manipulation of mathematical formulas. Before she was hired to create FORMAC, she had worked alongside Grace Hopper as a part of the group that developed COBOL.

Who doesn’t love playing video games! If you’re a fan of video games, you need to thank Roberta Williams. She did revolutionary work in graphical adventure games for personal computers, particularly the King’s Quest series.

Graphical adventure games aren’t trendy these days, but they were one of the most popular things back then. These games helped pave the way for today’s modern multi-dimension games.

Radia Joy Perlman is a software designer and network engineer. She is most famous for her invention of the spanning-tree protocol, which is fundamental to network bridges’ operation while working for Digital Equipment Corporation. She is very popularly known as the mother of the internet. But she likes to stay behind the curtains and doesn’t like people calling her that.

Ada Lovelace has been called the world’s first computer programmer. She is chiefly known for her work on Charles Babbage’s proposed mechanical general-purpose computer, the Analytical Engine. She was so intellectually gifted and unique that she developed an algorithm for a computer that didn’t yet exist until a very long time.

These are just a few names from the huge pool of amazing women who helped change the programming world.

Previous article
It Okay To Say No! How To Say No Without Feeling Guilty or Being Rude To Others?
Next article
Studies Reveal Why Women Don’t Report Sexual Harassment At Work

The family is one of nature’s masterpieces. Home is where the heart is. And the heart is...
Read
Physical Health

The History and Health Benefits of Ayurveda You Must Not Miss To Know!

Have you used the knowledge of Ayurveda to heal yourself? I am sure you must have! Ayurvedic...
Read
Technology

16 Technologies That Every Smart City Must Have

Our world is slowly entering the future. With new technologies and inventions, there have been so many...
Read
Community

James Brown in his famous song said, "This is a man’s world, but it would be nothing,...
Read

Finding a satisfying job can be a long and winding road. Few people are lucky to go into the workforce...
Career & Work

Why Don’t More Females Consider a Career In Tech Industry?

Working in a career field or at a company where only a few women work can seem intimidating to other...
Advertisment

Are we soon going to hit another Great Recession? Recessions are sometimes planned to occur for market corrections, but on...
Career & Work

Delivering a difficult message especially to your boss can seem challenging. But when done right, it can form a trusting...
Career & Work

Especially after the pandemic hit, employees have realized the value of life beyond a hefty paycheck. Companies are struggling to...
Career & Work

Did you know some companies impose secrecy and deem it illegal to discuss salary with co-workers?  Contrary to popular belief,...
Career & Work

After spending a nice weekend, dragging yourself from the bed and getting back on your feet may feel depressing, especially...