You probably pass by people with tattoos every day and may wonder: are they permanent or do they fade? Once someone decides to get a tattoo, will they have to live with that design for the rest of their lives? Does a new tattoo start fading?

The answer to this question depends, first of all, on the technique used for creating the tattoo. Some tattoos are temporary, made with henna. But what this article will deal with is the category of tattoos which we call “permanent.” 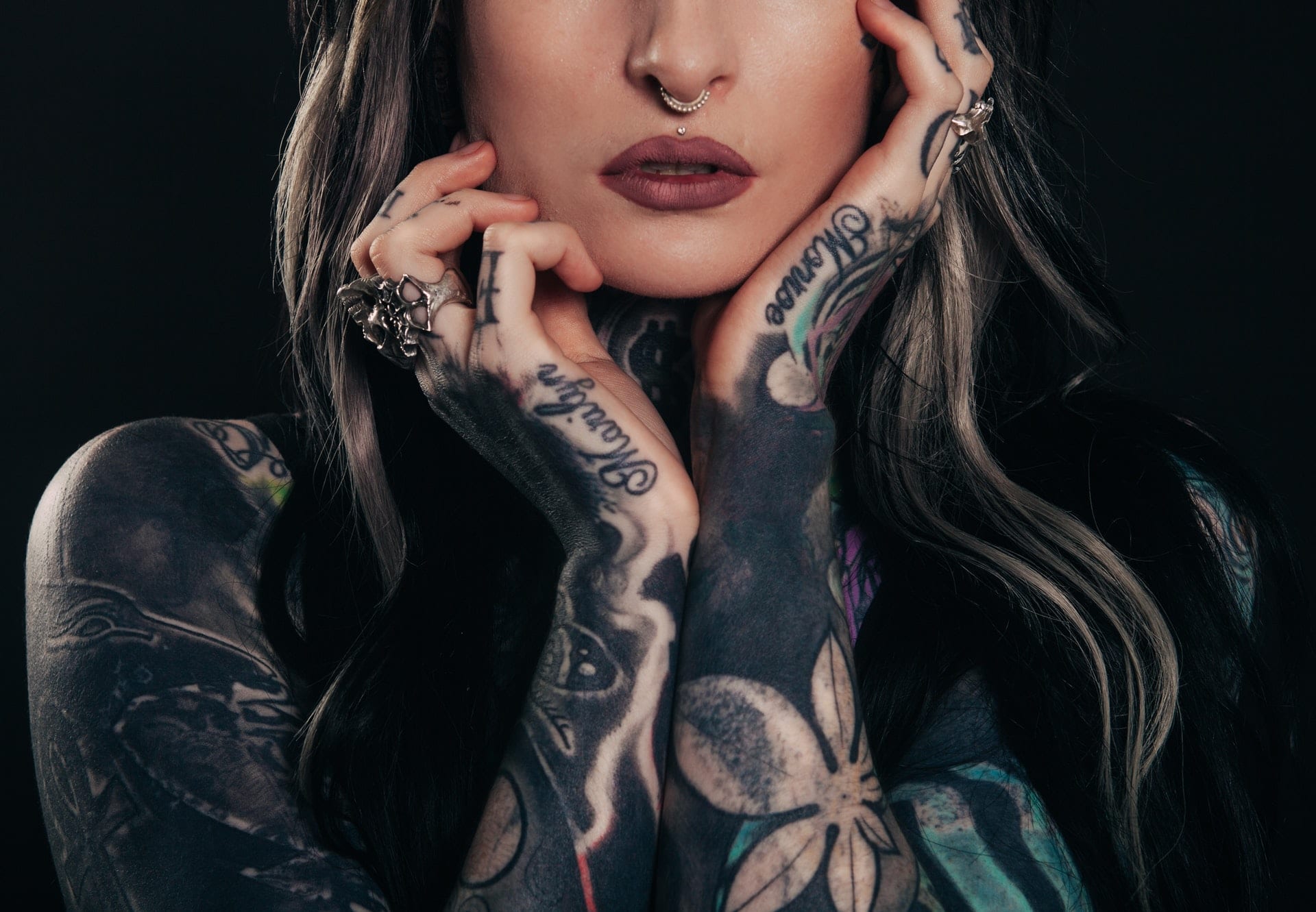 Before we move on to discuss the permanent (or not) nature of tattoos, let us first know what we are talking about.

How Do Artists Make Tattoos

The instrument for creating tattoos is a needle. It evolved from one of Thomas Edison’s inventions – an electric pen patented under the name of Stencil-Pen in 1876. The original purpose of this device was that of a duplicating device, but it never caught on.

Fifteen years later, Samuel O’Reilly decided to adapt Edison’s design to introduce ink under the skin. We generally accept O’Reilly as the father of the modern electric tattoo machine.

However, the name of the needle may be deceptive. This is because the tip of this device does not look like a syringe needle. It is more like the tip of a fountain pen. The design is such to drip ink, not push it inside the body.

Thus, a tattoo artist pushes the needle under the client’s skin and lets the needle drip ink blobs in there. However, various factors cause tattoos to fade over time.

Looking at the numbers above, you may easily believe that the first tattoos were somewhere around the end of the 19th century. In reality, their history is almost as old as that of the human race. 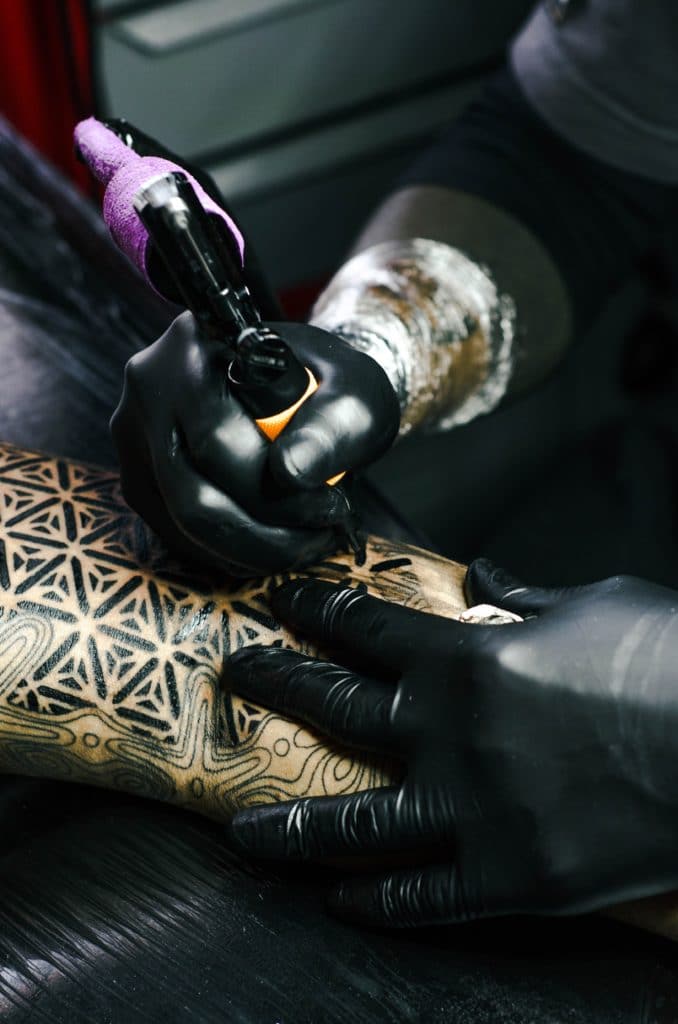 A Short History of Tattoos

The oldest known tattoo was found by researchers on the mummified skin of Otzi, an Ice Age human found in the Otzal Alps in 1991. The incredibly preserved body allowed scientists to identify as many as 61 tattoos on his body. In fact, can tattoos be removed from the human body? Continue reading to find the answers.

Tattoos were a barbaric practice. Folk heroes and bandits depicted in folklore are the types of characters to bear tattoos. Also, convicted criminals used to be tattooed on the face to be recognized.

Tattoos had both a decorative and a medical purpose. Research conducted by Daniel Fouquet indicates that tattoos may have been applied in an attempt to cure diseases.

He examined the mummified body of the high priestess Hathor and observed tattoos on the pelvic areas. Medical examinations had already shown that the woman had suffered from pelvic peritonitis. Also, it appears that only women used to have tattoos in this civilization.

In Ancient Greece and Rome,

Only slaves, criminals, and outcasts got tattoos. Ancient Greeks would tattoo their defeated enemies after a battle. In Rome, tattoos were marks of ownership for slaves.

During the Middle Ages, the tattoo practice nearly disappeared with the expanding influence of Christianity. The church felt getting a tattoo as a pagan practice.

This state of facts continued until the 16th century. Navigators who traveled across the globe would bring back indigenous people with them, and most of them had tattoos. Until the 20th-century tattoos used to be associated, thus, with sailors and circus performers.

At present, tattoos are recognized as a form of art, and the stigma associated with having one has disappeared. Promoted by music and sports celebrities, tattoos tend to become a socially acceptable way to express yourself. Perhaps these tattoos may not fade so easily and may need time and effort. But is tattoo removal worth it?

A Few Interesting Facts about Tattoos

So, Are Tattoos Permanent?

The answer is yes and no. On the one hand, permanent tattoos do not fully disappear. However, tattoos do fade over the year, especially if you expose them to sunlight for long periods.

What is truly interesting is why they stay permanent. Most people believe that it is because the artists push the ink deep under the skin and it stays there. Although the outer skin cells die and the tattoo fades away due to new skin.

The truth is very different. A team of French researchers did discover it at the Centre d’Immunologie de Marseille-Luminy. According to their experimental research, the person ingests pigments in my macrophages – immune system cells that attempt to annihilate infections.

In comparison to other types of immune cells, macrophages stay in the same place (they are not mobile). Thus, the tattoo remains visible and does not change shape. However, macrophage cells eventually die.

What happens then? The researchers led by Sandrine Henri and Bernard Malissen discovered that other macrophages eat the dead cells and, together with them, the tattoo ink. Thus, generation after generation of immune cells continues to maintain the tattoos.

“We demonstrate that the pigment particles that remain at the site of injection and cause the long-term tattoo color were exclusively found within dermal macrophages,” stated the research team.

How Tattoos May (Eventually) Disappear?

The researchers also determined how and why do tattoos eventually fade over time. “Fading is likely because, during the successive capture-release-capture cycles that we have described, minute amounts of released pigments are drained away from the skin,” explained Bernard Malissen.

In other words, macrophages are not able to ingest the entire quantity of ink from dead cells and, little by little; they remove it from the body.

In the report published in the Journal of Experimental Medicine, the French scientists detailed the experiments that led to this surprising finding. They argue that this new understanding of how tattoos manage to stay in place can prompt the discovery of new methods for removing them.

Thus, scientists may develop ways to destroy macrophage cells in localized areas, putting an end to the process of passing the ink from dead cells to live cells.

At present, the only method available is by laser, with varying degrees of success.

Getting a tattoo is a major decision. Hence, you must conduct proper research before getting a tattoo. Also, you must visit a reputed store to avoid any kind of infection.

Is tattoo removal worth it? Do you have tattoos or plan to get one? If yes, would you like to know that there is a better method than the one we have now for removing them?

Share your thoughts in our comments section. Stay tuned with us for more interesting content by subscribing to our website. We are also available on our social media channels.

Previous article
10 Reasons Why You Should Read Every Day
Next article
How To Have An At-Home Spa Night?

Human nature is deeply rooted in taking sides. It is best seen in sports matches and competitions,...
Read
Technology

Do you remember playing the game “Where’s Waldo”? Waldo is a cartoon character who appears hidden in...
Read
Technology

How Smart Are Honey Bees?

When we are thinking of intelligent species, besides humans, most of us list animals like chimpanzees, cats,...
Read

Lagom: The Swedish Lifestlye For A Well-Rounded & Balanced Happy Life

Have the Scandinavians cracked the code to a happy and satisfied life? Sweden, Norway, Denmark, and Finland topping the list...
Leisure

Haven't we all reached a point where not doing anything is almost impossible? Sitting idle with our thoughts or not...
Advertisment

Do you know the psychology of cartoons? It's more than just colorful characters and good animation. Back when you were...
Leisure

Do you want to beat the summer heat? Here are some easy cocktail recipes that will make your day. Be...
Leisure

DIY (Do It Yourself) is a great way to engage oneself. From building your furniture to set up your home...
Leisure

I've done it all, cleaning the house, at-home spa day, and following a workout routine at home. But I still...
Leisure

Are you tired of your monotonous life? Do you need some me-time to rejuvenate your body and mind? Or perhaps...