There are a lot of cultural differences between the US and Europe in terms of general lifestyle and business. Many Americans and Asians are attracted to the generous cultural and workplace benefits that Europe has and consider moving to the European continent. I think that moving to a different country is one of the most educational and mind-blowing experiences that there is. One of the best things about traveling is being exposed to so many wonderful and unique cultures. You see how other people live their lives and sometimes even get shocked to see how different their lifestyle is to you. People who travel, especially for the first time, are always in amazement at how different people actually live their lives. One of the most popular and beautiful places to visit in the world is Europe.

According to UK journals, over 2 million Americans visit Europe each year for work and leisure.

That’s a lot of people right? People who have never visited, surprisingly don’t realize just how different Europe is from being in the United States. Sometimes the differences can seem overwhelming regardless of how small they are.

Cultural Differences Between The US and Europe – Business 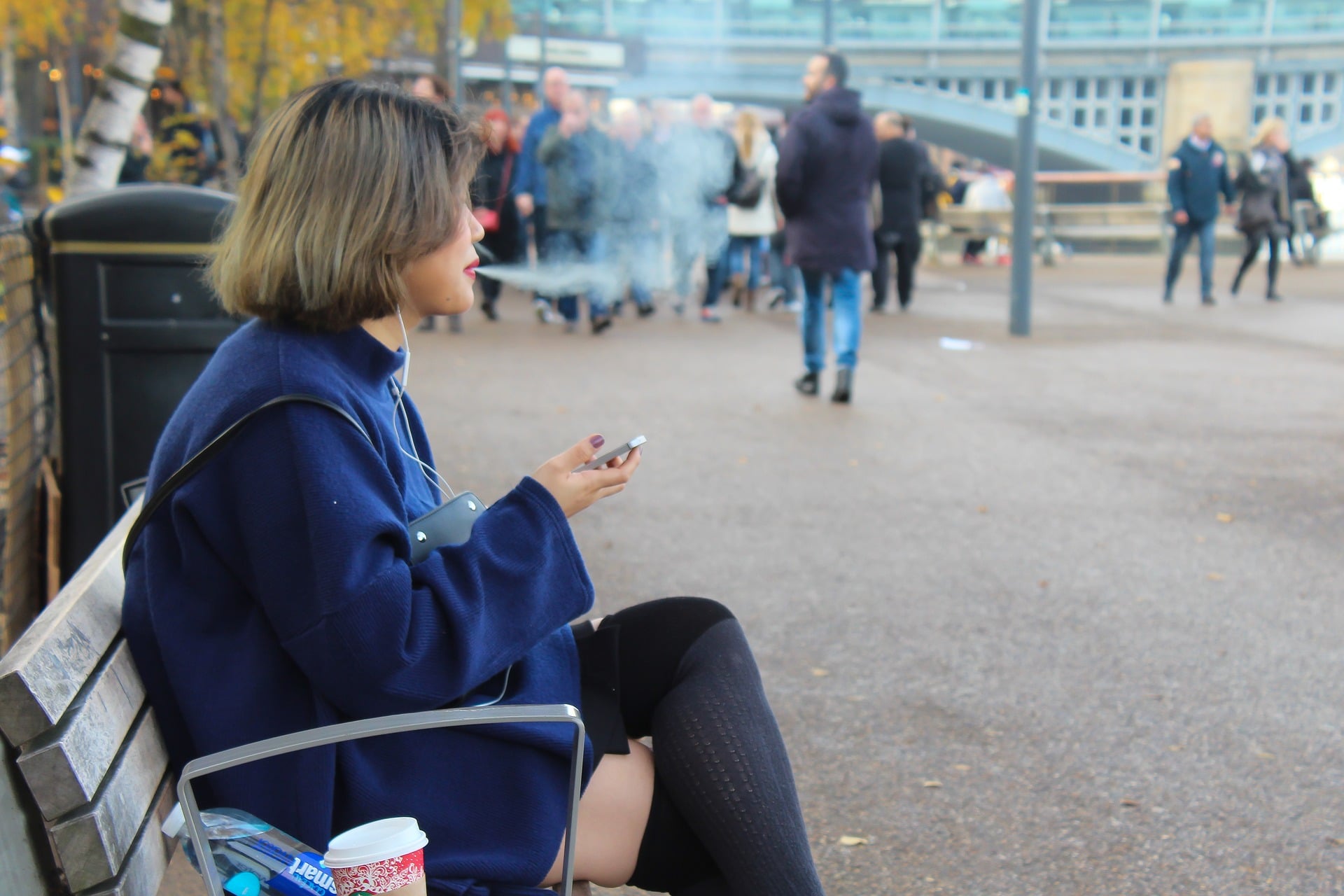 1. Work Culture In Europe Is Not Hierarchical

One of the most significant cultural differences between America and Europe is the work culture. The US and European work culture are fundamentally different in terms of policies, working hours, vacation, and salary structure.

In Europe, even leaders work closely with the team and do not impose a hierarchical working environment.

The second spot on the list of cultural differences between America and Europe is the common washrooms for both genders.

While visiting Europe, bathrooms may be one of the biggest shocks, for me anyway. In America, public restrooms have all types of lovely things like soap, paper towels, and tissue paper.

We Americans don’t even think about these things because it’s customary and we’d think nothing less.

Well, in Europe, these things are not conventional. They have things to clean up after using the bathroom, but it is very different from what you may be used to.

Another big difference in just the bathrooms alone is that a lot of them do not separate by gender. That is definitely one thing that catches a lot of people off guard if they didn’t know it beforehand.

3. The Customer Is NOT Always Right

Yet another significant cultural difference between America and Europe is the lack of good customer service in Europe.

In America, servers are paid on tips. Without those tips from customers, they aren’t making any money home. It’s like having a sales job that runs on commission. So, they are more likely to accommodate negative behavior from customers.

Due to this reason, if you are upset about your order or you don’t like your server’s attitude, you could get a big apology and maybe even a free meal. So, it is expected for them to trip over themselves to make sure the customer is pleased.

That’s not the case in Europe. If you are sitting at a restaurant in Europe, you’ll want to keep in mind that your server does not get their money from tips. They get paid a regular wage like everyone else.

So, if you start snapping at your customer, you’ll likely not receive apologies, but have a completely different reaction.

They likely will no longer be concerned with serving you either.

Cultural Differences Between The US and Europe – Lifestyle

4. No Free Water at Restaurants

In America, you can save money whenever you go out by ordering tap water to drink. It’s free to drink water, and that’s partial because tap water is drinkable and available everywhere.

In Europe, you’re more likely to pay full price for water. In certain parts of Europe, regular tap water is not safe to drink. So when you order water, you’ll likely be getting bottled water, and therefore you have to pay for it. I’ll admit, this isn’t my favorite thing, but at least you know that they are making sure to give you clean water, right?

6 Habits of People Who Live In The Worlds Happiest Countries

One of the interesting cultural differences between America and Europe is the urge to enjoy summer, get tanned, and lay naked on a beach. Europeans do it a lot!

However, seeing naked bodies is not nearly as big a deal as it is here in America. You can see what would be called a rated-R movie in Europe at any age.

Parents are not covering their children’s eyes when a more revealed scene comes on. There are magazines with nudity right where everyone can see them.

In fact, if you go to a beach in Europe, you’re likely to find less bathing suits and more birthday suits. It won’t even phase the people there or make them furrow a brow. It may seem so odd as just being naked and free is like a taboo in America whereas in most places very much illegal. In Europe, these things are just regular occurrences.

In America, people always emphasize why smoking is bad for you. I’ve seen people make huge spectacles in public when they see someone smoking around other people. It’s bad manners to do so. In fact, in America, there are commercials and YouTube ads talking about the dangers of smoking. I remember one specific commercial where a guy no longer had a throat.

In Europe, that “bad for you” memo was never received. People smoke everywhere. There is even smoking in regular cafes, where here you’d be highly upset if you find someone smoking where you’re trying to sip your coffee.

According to the Washington Post, an average person smokes 2000 cigarettes a year. You’ll find people smoking just about everywhere you go.

As you can see, there’s a lot of things about traveling to Europe that may catch a person off guard if they don’t know about it. It’s amazing how diverse the world is. Some people find it horrific, but others, such as myself finds it beautifully surprising. Knowing where you are right now and the things you do entirely different from what others do in their day-to-day life.

We see pictures of people who live in other countries, and we all smile the same, pose the same, use the same cliche quotes in our captions, but behind those cameras, there is so much difference.

The world is full of amazing differences that we should all be embracing. These are just a few of the differences, and I’m sure if you go, you’ll find dozens more, but I say let these differences in and learn from them. There’s no greater teacher than the experiences you get when you travel.

What are some things that you find different in Europe? Did any of these differences surprise you? After reading this, has your views on visiting Europe changed? Comment down below!

Subscribe to us for more exciting articles and stay tuned.

Things to Sort Out Before Buying A Car – How To Buy Your First Car?

Buying a car for the first time is a big thing and there are trivial questions you...
Read
Self Development

Learning To Become A Classy Lady? Here’s How You Can Be One!

Being a classy, sophisticated, and successful woman is beautiful in many ways. Nothing is more inspiring than...
Read
Self Development

If you have ever found yourself being awkward at social events, developing your social skills is something...
Read
Self Motivation

We all have dry days where we feel completely drained out of energy. Even the simplest thing,...
Read

Balancing work and personal life have become increasingly challenging to many of us. The shift in work dynamics, especially after...
Expats

Diwali, the festival of lights and happiness, where families come together to celebrate light over darkness. Not to mention, gifts,...
Advertisment

Did you know that relocating to a new place can bring an imbalance in your mental health and wellbeing? Contrary...
Expats

Isn't being climate cautious the hour of the need? Pollution and the increasing global population are putting our earth in...
Expats

With coronavirus crushing the world's economy, there is one thing that sets apart countries. It is the innovative strategies and...
Expats

Are you looking to move to a place with a better quality of life? Wondering which are the best countries...
Expats

19 Most Interesting Facts About Sweden

Living in Sweden for a while, I find myself intrigued by the Swedish culture, lifestyle, and people. In general, Swedes...