Generally, we humans always tend to fear death. We want to live as long as possible. Do you think that every creature born on this planet comes along with an expiration date? Well, probably that’s not completely true for some. The Glass Sponges can live as long as 15,000 years.

Go ahead and get thrilled with the list of almost immortal species found on the planet – Earth. Way beyond this planet, probably in some other galaxy and in some other universe, death could be fiction.

Well, basically jellyfishes are one of its kind sea-animals who are known to cheat death and discovered the fountain of youth (Oh, I wish they would share secrets with us!!). Well, that’s how the scientists love to describe them.

Don’t even try to make a wild guess about their age because they keep reversing it. The scientific community calls it immortal because they have an extraordinary ability to revert their sexually immature stage to the juvenile polyp stage, retracting their tentacles (can you imagine they have about 80-90 tentacles at the mature stage), shrinking their body and sinking to the ocean floor to complete its cycle. This process is called trans-differentiation.

There has often been a spark of debate within the scientific community about whether who is actually immortal Turritopsis Nutricula vs. Turritopsis dohrnii.

Scientific research has proved that the jellyfish used in laboratory experiments were Turritopsis Dohrnii, and they do exhibit trans-differentiation. The same can’t be said for the other genus species as there isn’t much research done on that yet. 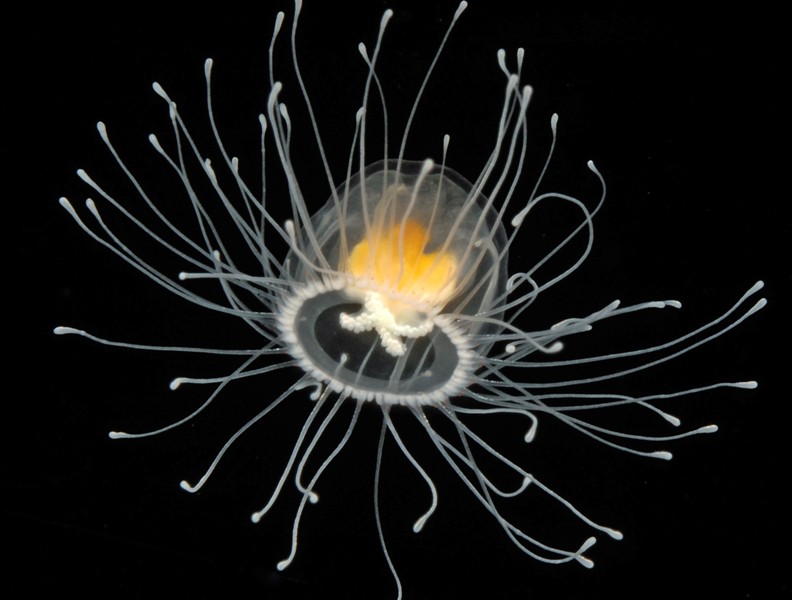 If you are a sea-food lover, let me warn you that delicious meals had a really long life until fate decided to place them on your table.

Technically they can’t be categorized as immortal. Let’s say they can really manage to pull off a lifetime achievement award for defying age for a pretty long time (as long as 140 years old….hold on, did you eat that one?).

It’s purely genetics when it comes to the longevity of lobster. And the major player here is a small-cap called telomere attached at the end of a chromosome that helps keep the DNA intact and preventing fusion with other chromosomes.

In the context of “defying age in the long run,” telomere is known to prevent critical information from being cut- off every time replication of the DNA occurs.

But what’s interesting to know is that every cell is divided the telomeres get shorter at the end caps, which prevents them from providing sufficient buffering in the long run.

But that is not the end of the story because our smart ‘Lobster’ makes use of an enzyme called telomerase that is their ACE card for staying healthy and growing big. This enzyme technically prevents the telomeres from getting too short.

Growing bigger through a process called molting, they shed their external shell as well claws and grow a new one.

3. Bowhead Whales – The Queen of the Sea

The Bowhead Whales are living since the time your great-great-grandfather was not yet born.

Speculations are rife when it comes to Bow-head Whale’s long life span.

Some scientists believe that the cold arctic waters and unavailability of sufficient food have enabled a strong mechanism; to keep the body warm, build fat storage and body mass, which defies aging for as long as 200 years.

Studies have been undertaken to understand the cell-cycle and genetic structure that prevent aging, but so far, nothing concrete has come out. 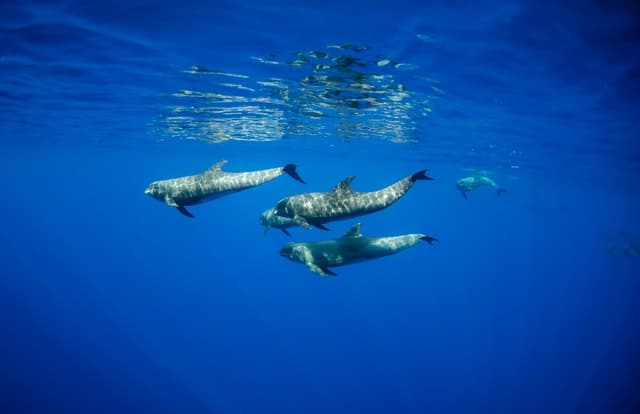 Estimated to be around 507 years old with the carbon-14 dating method’s help, Ming the clam was collected alive in 2006. Scientifically known as Arctica islandica, this edible species is a marine bivalve mollusk belonging to the family ‘Arcticidae’ found in the North Atlantic Ocean.

These species can be found in shallow, fresh, and salt waters most of the time. These filter feeders survive by drawing water for breathing and feeding while burying their strong feet in the sand.

Ming the Clam belong to the family Veneridae. It was found along the coast of Iceland in 2006 and was given this particular name because it was conceived during the Chinese Ming dynasty. Apart from being known as clams, they are also known as ocean quahog.

The formation of rings on the outer shell reveals a lot of information about the ocean environment, which is exactly what scientists are trying to decode. As of now, there isn’t light on how the clams defy aging.

So far, there are just floating speculations that they really have a slow cell replacement process. 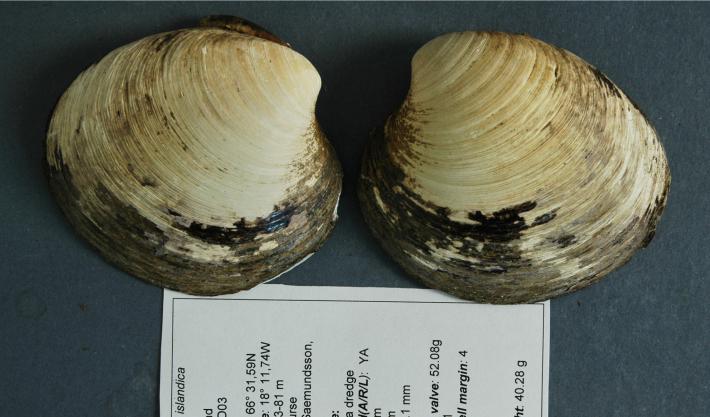 When it comes to standing with head held high at the first spot with the longest life-span, glass sponges swim their way to spot number one.

Scientifically known as Scolymastra joubini belonging to the family Rossellidae, this species is commonly known as Hexactinellid sponge or Glass sponge. A cup-shaped structure with a central cavity; its outer skeletal structure comprises either four or six silica spicules.

It is estimated to have lived for 15,000 years; they are widely distributed in deep waters where they grow attached on substrates. They themselves often turn substrate for other invertebrates and fishes.

The most famous glass sponges are the “Venus flower basket” used as bridal gifts in ancient Japan. They had an inverted crown-like structure at the base, which often enclosed a pair of shrimps inside, and this gave them the unique name and place in auspicious ceremonies.

No concrete theories on how they manage to live long. Like their other sea-counterparts, it is presumed that they either boom quickly or go semi-dormant. But what catches the eye is its ability to sequester carbon.

These sponges feed on plankton, which uses carbon for its growth. It is a carbon transfer cycle from the plankton to the sponges and finally getting buried beneath the sea-bed when the sponges die.

Well, we wish humans should really pray for their long life if we wish for a carbon-free future. 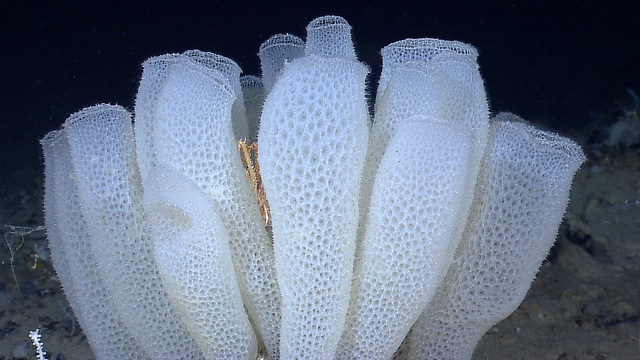 Do you know any other immortal species of this planet? Share your thoughts in the comments below. Share this interesting article with everyone. Do not forget to subscribe to us for more interesting updates.

Previous article
Does Gender Really Impact The Way We Function?
Next article
Which Is The Most Widely Spoken Ancient Language In The World Today? 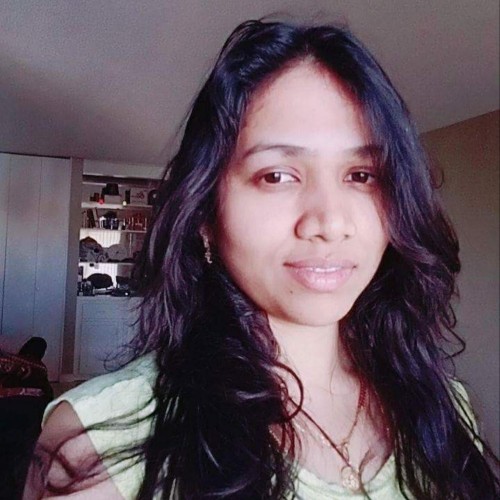 Dr. Vidhisha Vijaykumar
Vidhisha is an academic researcher with a focus on climate change and sustainability. She is a Ph.D. professor by profession and a writer from the heart. Writing has been her passion that started as journal writing and eventually found a new path. She is also a mentor promoting critical thinking and truly believes words have the power to weave magic and can paint a picture of imagination.

Here’s How Not To Complain About Your Life And Bring Positivity Around You!

If you stop complaining about your life, you will enjoy life more than before, form better relationships,...
Read
Self Development

Seven Life Lessons You Need To Pick Up Along The Way

Life will serve you lessons as you grow. We pick up these lessons during our journey from...
Read
Relationship

How To Last Your Long Distance Friendship?

Friendship exists in every relation. Be it between a father and son, mother and daughter, teacher and...
Read
Relationship

Marriage requires effort, dedication, and love, but it also necessitates respect to be truly happy and successful....
Read