At some point in time, we all grew up believing in monsters, demons, and superheroes having a capacity of defeating all evils. With their creepy settings in abandoned manor houses, lonely gardens, old graveyards and the movement of shadows, amid mists and fog, ghost stories exercise a universal fascination.

These short stories not only occupy a special space in English literature, but every language and every part of the globe also has its own horror stories closely connected with the homeland and its customs.

If you still want to nourish your childhood’s feelings of horror and mystery; or want to become a bit nostalgic, you’re at the right place. We have brought to you a list of short stories that consist of ghost stories and suspense thriller.

Also, we’ve got some of the best short stories of all time. Therefore, don’t forget to check the horror short stories column regularly if you’re a story lover.

So, you may find a creepy horror story of ghosts, poltergeists, urban legends and classic tales of deranged murderers, crazy stalkers and other terrifying monsters in the eerie settings of haunted castles, deserted manor houses, wild moor, empty train coach and secret gardens.

Nothing spectacular, but a solid, entertaining horror short story with shots of murders, revenge and unfinished desires that brings departed souls closer to human beings. Protagonists with special power to solve mysteries and save millions of human lives just like our childhood superheroes.

Some of the stories are set outside the western world and based on the folklore of the East. You also need not wait for Halloween, every month you can read free online short stories of ghosts, poltergeists, vampires, succubus, and incubus; some of them are completely strange to you.

Unknown plots, creepier setting, and unique storytelling style will tell you fifteen horror short stories that will keep you away from sleep.

“My eyes flickered open to see nothing in the darkness. I tossed a little on the damp soil as I had a feeling of uneasiness. But, I could not tell how long I was there. I felt the presence of three shadows near me, one of them made a shrill noise, ‘When are we going to sacrifice him?’…….

Are you ready to explore what is waiting for the protagonist shortly? If yes, please see the horror short stories column on our website. 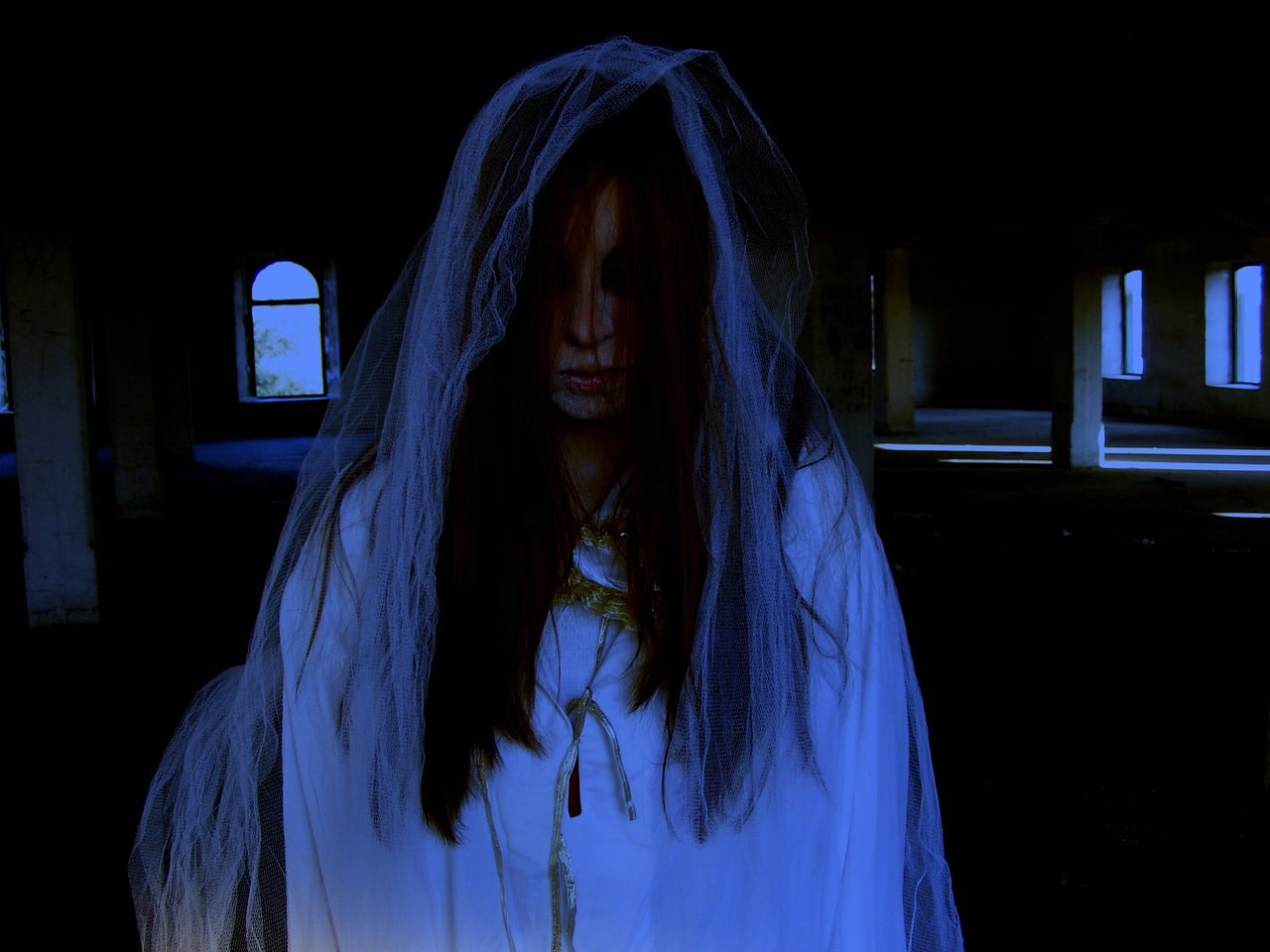 Think about a train journey where you met a strange co-passenger who shared her gloomy past and at the next moment you found her dead.

I would say Talking Doll is one of the best short stories of all time. Creepy doll stories are not new. However, when someone hears her ex-lover’s voice in it and feels the doll can breathe, it may be a higher level of creepy. An innocent birthday gift turned to be a possessed doll!

This short story is based on Indian folklore. It tells the story of a haunted castle named Bhangarh fort, located in Rajasthan.

An evil wizard fancied a young princess and wanted to control her body and mind. However, entrapped in his tricks, he lost his life and started living in a boulder as an evil spirit.

It is a short story about an orphan boy having a special power of possessing animal minds. He suddenly discovered that his parents were killed and their pet dog was the only witness of the crime. He also realized the real purpose of possessing special power.

5. When Dead Wants to be Heard

When Dead Wants To Be Heard

It is indeed one of the best short stories of all time.

“A veil of white hung heavy over the hills and gradually setting over the vales, suffocating every tree at their base, leaving the crests visible through the thick layer of white fog,… Suddenly, she discovered handprints on the steamy glass of the balcony, as someone tried to enter through the glass.

She looked carefully at the vertical streaks of moisture collected on the steamy glass. The handprints were fading away quickly and finally disappeared within the moisture. She felt the presence of something or someone, but could not see anyone…..”

Are you ready to hear what the dead wants to tell you?

6. The Curse of Resemblance

The Curse of Resemblance

Here, it is a story of witchcraft and magical catastrophe based on voodoo dolls and black magic. A little boy develops a unique ability to find a human resemblance in non-living objects and if those things get damaged, the particular person may receive a grave injury or fatal accident.

Is it something accidental or someone imparting the ability to him intentionally?

This is yet another short scary stories to tell in the dark. This is one of the best short stories of all time that talks about a love craving little child, who died untimely and wants to be loved.

Isn’t it creepy that a ghost wants to become your family member and want to share Christmas gifts along with your children?

All books have some scent, but a cursed book has the smell of ancient Egypt and bears an invincible curse. A forbidden book contains a dark secret of an unknown Pharaoh. However, those who dare to touch it die untimely.

It is a suspense thriller revolving around a creepy plot of mysterious murders of amateur anglers in Lake Meadow and rumor of lake water monster.

Crossword Puzzle editor Hannah Hoffman’s suicide had some mystery. Her husband brought an anagram to detective Marie Claire and believed that it contains some hidden meaning.

Furthermore, it is one of the best short stories of all time that you must have in your go-to list of short stories.

Deathtrap is one of the short stories to read for those who are with a detective spirit.

Rachel Brantley’s death during a stunt performance raised a legal battle between the stunt’s family and the production unit. Moreover, Detective Marie Claire helped in unearthing the real cause of the accident.

Two members of a secret group passed away within a very short period. Initially, their deaths appeared to be normal and peaceful; but the circumstances were very much alike; which raised suspicion of detective Marie Claire. Additionally, friends of the deceased tried to project these incidents supernaturally, but Marie unearthed a dark past of the victims.

This is yet another short scary stories to tell in the dark. On stage death of a magician raised many questions and finally, Detective Marie Claire solved the mystery.

It is the story of a serial killer who leaves clues in Rubik Cubes and chooses victims from different classes.

This is not a horror story, but creepy, no doubt, where a housewife takes an unusual step to save the family.

This list is not the end; many more are in the pipeline. Therefore, just wait and keep an eye on Align Thoughts for their next short story. It may be a vampire, or a succubus or a poltergeist or an evil spirit from an unknown land. 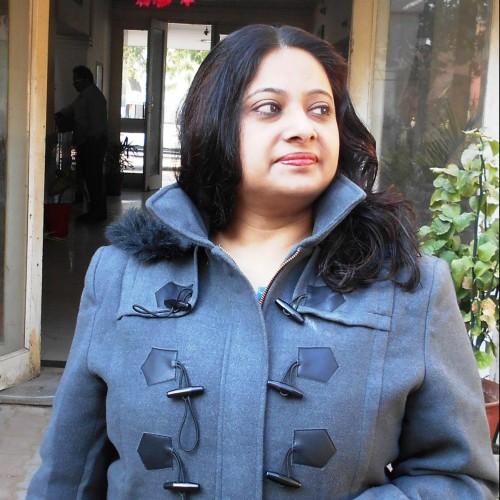 Mala Mukherjee
Mala Mukherjee is an academician by profession who has completed her Doctoral Degree from Jawaharlal Nehru University, New Delhi and currently working as an Assistant Professor in a Research Institute. She was born in Kolkata and began her literary career in her mid-twenties when her short stories were published on various websites during Halloween. She is an author by passion, an impulsive writer, who enjoys writing horror stories, paranormal and fantasy fiction.

Part-I Again Ridhima got the same message in her inbox. She felt annoyed and wanted to delete it, but still stopped...
Stories

Prologue In Twilight, the surface of the lake was as smooth as dark blue crystals. The water was calm, and no...
Stories

Abstract: Nikita’s world shattered when she discovered the pink dress in her husband’s wardrobe and unearthed a secret affair. She...
Stories

Part-I The scarlet ball of fire turned into hues of orange and then tangerine, and gradually it merged with the distant...
Stories

Genre: Paranormal  Abstract: Darren was the man of destiny, who had a special power of possessing animals. Raised in an orphanage...