Start from nothing and reach great heights in life. Being successful is not too easy, especially when there is no support to hold you back. It turns out to be more difficult when you do not know the right way to achieve it. Most of the world leaders and successful entrepreneurs we know today are all self-made. Each such person has created their journey and their path to achieve success. Here is the list of super celebrities who were homeless and at some point in their lives had nowhere to sleep, but the streets. From poor to a rich millionaire, here’s their success story!

As Bill Gates once said,

Being poor is not your fault, but accepting fate as is, is undoubtedly your fault. You need to question every hindrance on your path and keep moving towards your goals. These celebrities have fought their fates and today are among the list of wealthiest people in the world earning fame and name. We bet these people’s lives cannot fail to inspire you. Life is hard for everyone; it is people who do not make excuses that win life.

The famous ‘007’ actor was once working part-time at restaurants to finance his training at the drama school. Daniel Craig started acting in school plays at the young age of six and was introduced to serious acting plays with his mother at the Everyman Theatre in Liverpool.

As a young kid, Craig has huge responsibilities on his shoulder because his parents were divorced and he had an older sister to take care of. It was then he moved to London and joined the National Youth Theatre, and started working part-time.

Today this Bond superstar has made movies that made history in the film fraternity. Daniel is currently worth an estimate of $65 million. 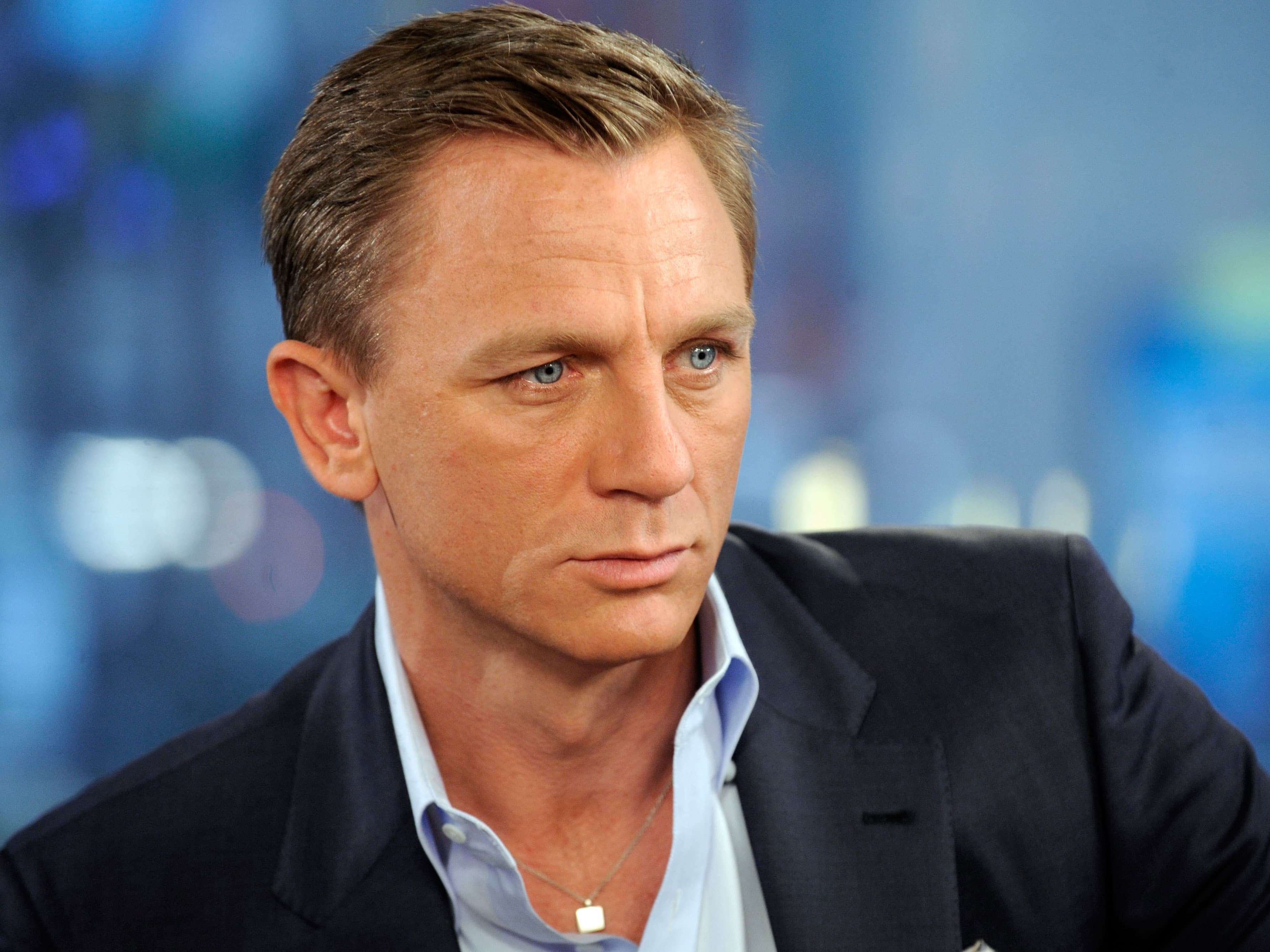 Halle Berry, like most poor American kids, lived in a homeless shelter in her early 20’s. She is now the only woman to have won an Oscar in a leading role for the year 2015. Her journey from being homeless to winning an Oscar may not be a bed of roses.

Life keeps challenging to those who never give up, so is the case with Halle.

She had to survive failed marriages, tough relationships, and even a suicide attempt. Never give up and keep moving forward. This pure thought helped her thrive and not just survive.

Jennifer wanted to be a dancer during her teens. It was at the age of 18; Jennifer stepped out of her house as her mother did not want her to pursue dancing.

Those days, the sofa at her dancing studio served as her bed. This 45-old multi-talent is a renowned singer, dancer, producer, and designer. Her estimated worth is about $300 million.

4. Charlie Chaplin – Entertainer of the Era

Charlie had a terrible childhood as both of his parents weren’t stable. His mother was committed to a mental asylum, while his father was a cruel man.

Things only turned worse, so the Society for the Prevention of Cruelty to Children had to step in at some point. Charlie Chaplin picked his style to perform when he studied at the Central London District School for paupers.

Charlie’s life could be the best example of this saying. His actions and deeds took over the whole world making him a legendary artist of all time. Those who have a severe childhood, often become strong and overcome hardships by their means.

Kelly Clarkson, the first-ever American Idol was at some point in her life sleeping on the streets. She had a tough time finding herself when she first moved to LA, from her hometown Texas.

Kelly rolled several jobs now and then and finally landed upon the American Idol. This singer, songwriter, and soon an accomplished author rose to fame in the year 2002. She blew America with her voice, and some of her bestselling albums in America are Breakaway, Stronger, My December, Thankful, and Meaning of Life.

Popularly known as the Queen of Jazz Music, Ella also had a terrible childhood. At a very young age, Ella’s stepfather abused her.

She ran away from school and stayed homeless before she worked with Mafia. Ella went on to win 13 Grammy awards and also received medals from Presidents, Reagan and George H.W. Bush.

Soon after her death, America honored her by making one of the U.S postal stamps have her picture.

Born to poor parents is one of the most desperate things in one’s life. Steve Jobs also had to experience this phase in life. He voluntarily quit his college, as he did not want his parents to spend money on his expensive education.

During these days, Steve assembled Coke bottles to manage money for food. He has sacrificed a lot of things like staying at his friends’ dorms, walking 7 miles to get free food from a nearby temple.

Today, the world knows Steve Jobs without an introduction. He is an innovator, a fighter, and an inspiration who achieved more success than anyone else of his background would even not imagine.

Hilary Swank was a child born to a 15-year-old mother. She and her mother lived in a car. They had also lived in an empty house for several months. The house was on sale, so it needs to be available for visitors in the morning.

Hilary used an air mattress to solve this situation. Now one of the leading ladies in acting, Hilary won two Oscars just by the young age of 30 and is now worth an estimated $40 million.

Sharing a similar story is our Hollywood comedian, Jim Carrey. His family lived in a VW van parked on the street, as his father lost his job. They eventually moved into a tent at his sister’s lawn and parked the car in the driveway. It was during those tough times, Jim Carrey picked up an incredible sense of humor.

Though his father could not support him financially, he encouraged Jim to pursue acting and comedy. Jim’s father also helped him to launch his first show. During those days, Jim Carrey wrote himself a check worth a million dollars and carried with him everywhere. Today, Jim Carrey owns a Boeing 707 and multiple homes worth millions.

10. Chris Gardner – The Pursuit of Happiness

Chris Gardner, the real man behind the story of the movie ‘The Pursuit of Happiness.’ He was living on the streets with his young son, and his salary was not even enough to afford daycare for his son and food for two. Today he is a motivational speaker and CEO of Gardner Rich LLC with offices spread across America including New York, Chicago, and San Francisco.

Life gifts troubles and hardships to each one of us. It is how we react to those challenges is that matters. It is not money that makes these people superstar or celebrities. It’s the determination and passion that they held, no matter what came across as a hindrance.

Did you find these stories of celebrities who were once homeless and now millionaires, inspiring?

Drop your comments below to know more such inspiring personalities who are self-made. We will be glad to hear from you.

Check this out – Stay At Home Moms Who Turned Millionaires

With so much work piled up, it is not uncommon to accomplish very little yet feel drained...
Read
Physical Health

The Mediterranean diet meal plan is a part of the local foods belonging to the people living...
Read
Relationship

6 Things That Will Make Your Long Distance Relationship Work

Imagine being judged by a stranger just by knowing your name or occupation in a single meet....
Read